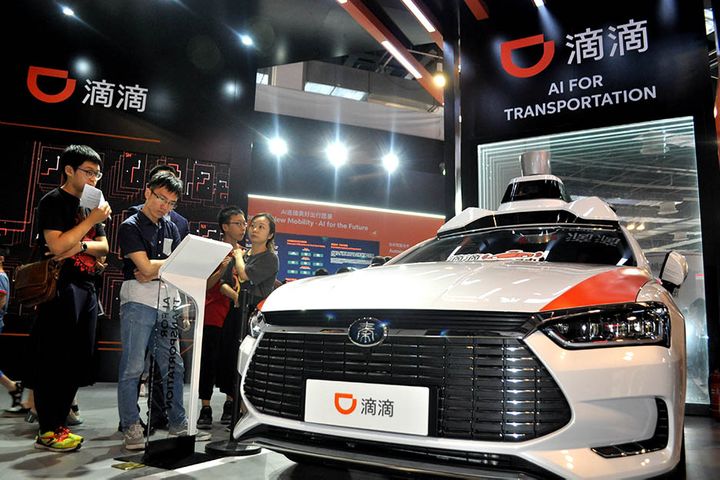 Didi Will Have Self-Driving Taxis in Shanghai by Year-End, VP Says

(Yicai Global) Oct. 18 -- Users of Chinese ride-hailing platform Didi Chuxing will be able to hire self-driving taxis in certain areas of Shanghai by the end of this year, Sina Tech cited its Vice President Ye Jieping as saying at the 2019 Zhongguancun Forum.

Didi's Chief Technical Officer Zhang Bo revealed earlier this year at the World Artificial Intelligence Conference that the Beijing-based company wanted to test autonomous cars in Jiading, Shanghai, as soon as possible. The firm obtained a license to carry out such tests in August and expects to test up to 30 vehicles with each taking orders for journeys over 10 kilometers.

It also has permits to run public road tests in California, Beijing and Suzhou and on Oct. 16 was among the first group of companies to get consent to run manned demonstrations in Shanghai.

Didi set up its autonomous driving team in 2016 to comprehensively research high-precision maps, behavior prediction, the Internet of Vehicles and other self-driving fields. The division now employs about 200 people and tests vehicles in China, the United States and other countries and regions.

The firm announced in August that it was spinning off the autonomous driving unit in order to commercialize its technologies as soon as possible.