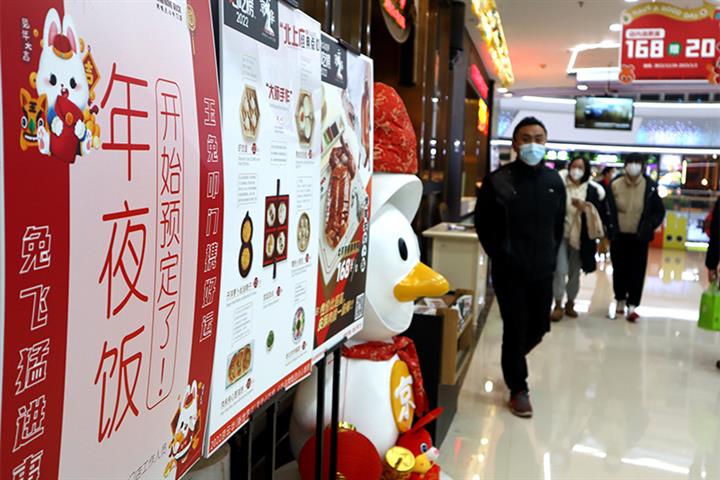 Reservations for evening meals served on Jan. 21, also known as family reunion dinners in China, are at 90 percent of what they were in 2019, the heads of several restaurant chains told Securities Times. Leading caterers will be the first to benefit from the recovery in demand, it reported today.

Xuji Seafood’s boss said the private rooms and booths at its 60 outlets across the country are nearly fully booked for the lunar new year’s eve and day, according to the report, while Binghuolou founder Hu Yanping said his Hunan food chain was booked out. The phones at Banu, a hotpot chain that does not take bookings, have bee jammed with callers asking about reservations, the person in charge of the firm noted.

The share prices of Chinese food and beverage companies have surged along with the upswing in the industry, particularly since China relaxed its Covid-19 controls in early December.

On Chinese mainland markets, shares of Xi’an Catering [SHE: 000721] have skyrocketed 144 percent since the beginning of last month, while those of China Quanjude Group [SHE: 002186] have surged 110 percent.