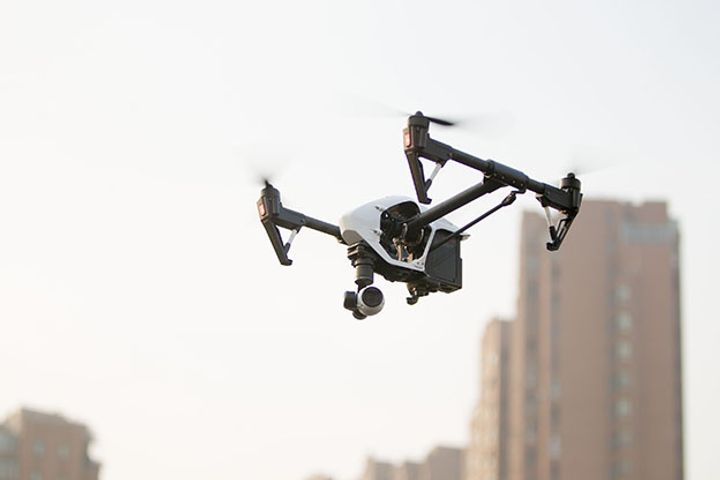 DJI played the trump card of price war and spooked its peers who have until recently avoided directly confronting the Shenzhen-based company.

A range of counterparts in the crop-spraying UAV market have started to suffer a significant slump in profits, overshadowed by the threat of price cuts, leaving them struggling to make ends meet. One upside to the story, however, is that players both small and big, can still tap into the huge development room in this market as UAV operation takes up only about 10 percent of market share, with traditional modes claiming the rest.

DJI deployed its new round of price cuts at the end of last year, which many observers viewed as mainly questing to shoot down its rival XAG. DJI left North America-based rival 3D Robotics in its slipstream by adopting a similar strategy three years ago.

"As DJI is reducing its prices, we have no choice but to reduce ours or we will have no market share at all," the head of marketing at a drone company with annual turnover of about CNY30 million (USD4.5 million), told Yicai Global.

This has caused the company's profit margin to descend to around 10 percent from a high of 50 percent in 2015, meaning it now only breaks even. An ensuing price reduction would compromise or cause a loss of the company's profits, while any attempt to uphold its pricing may strip it of market share. This is the dilemma all these dronemakers confront.

DJI is thus strikes terror into the hearts of its peers. With its high-quality products sold at preferential prices, DJI leaves little market share for newcomers. It has remained a 'price terminator' ever since it first appeared on the scene. The company annually updates its products and lowers the price when releasing new ones.

For example, DJI once said it would sell its MG-1 crop protection UAV for around CNY100,000, but when it actually released the product in November 2015, it sold the bare MG-1 with a standard carrying capacity of 10 kilograms for only CNY52,999. When issuing the updated version MG-1S in November 2016, the company sold it for CNY42,150 and its latest model, the MG-1S Advanced, was CNY29,999 at its December release.

DJI's actual selling price in the crop protection terminal market is even lower than these official prices, however. Pilots only need to spend 85 percent of the listed price to obtain a UAV, a Hubei crop protection drone pilot told Yicai Global.

Dealers also have their reasons for lowering prices. Most of DJI's crop protection UAV agents are the company's consumer drone agents, the pilot said. As they are less passionate about crop protection drones, they choose to slash prices out of unfamiliarity with the market.

The rising costs of supporting batteries are also taking their toll on many drone makers, but as one of the few UAV companies with independent battery production capacity, DJI is clearly in a better position to tackle such challenges than its small and medium rivals.

DJI's product is less sophisticated and stable, an industry insider told Yicai Global. XAG is thus a foe worthy of DJ's steel in the crop protection drone realm while other companies are incapable of rising to the challenge. Yet who will wear the crown is still an issue very much up in the air.

DJI, by contrast, has been striving for more market share by engaging dealers for drone sales and exploiting the integrated advantages of price, brand and channels.

Despite intense competition, over 90 percent of crop protection work in China was still done by human labor with manual operation or electric sprayers as of January last year, leaving a spacious UAV market ripe for exploitation.

Such a huge market has led to a burgeoning number of industry participants, many of which formed after DJI's entry into the market. These new players believe market areas must still exist not already sewn up tight by DJI and XAG, as the farmland in major Chinese agricultural provinces is of varying size and highly diversified topographically.

The buzz in the crop-spraying skies seems set to reach an ever-shriller pitch as automation, competition and diversification spiral the sector ever higher in China.