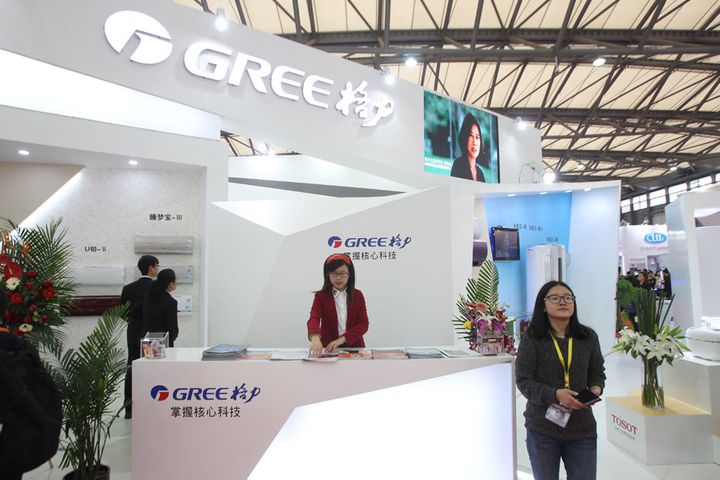 The Gaungdong province-based firm suspended share trading yesterday in order to plan for a change of ownership. Gree Group, the appliance manufacturer's state-owned shareholder, is expected to publicly auction its stake in the company as it looks to undergo a mixed-ownership reform, a source close to the listed subsidiary told Yicai Global.

Dong, one of China's most successful businesswomen, and Hebei-based Jinghai Guarantee Investment, a private joint venture set up by Gree resellers, are likely to take over, the insider added.

Gree's public relations team told Yicai Global it is seeking information from other departments so it can provide the media with accurate information.

Beijing has been pushing for the nation's state-owned companies, especially those in highly competitive fields, to start taking on private capital and shifting toward mixed ownership.

Zhuhai's State-owned Assets Supervision and Administration Commission, which owns Gree Group, began discussing last year whether Dong should remain in charge of Gree Electric, the source said. Officials agreed she should stay to steer the firm's mixed-ownership reform amid fierce competition in the appliances sector, he added.

Dong, 64, has been chairwoman and president of Gree Electric since May 2012, and has led the company through rapid growth in recent years. She hopes to take the company's annual revenue to CNY600 billion (USD89.4 billion) in 2023, with income being generated from air conditioning, other home appliances, high-end equipment and telecommunications devices.

China's domestic appliances sector has been struggling amid a slowing economy and weakening property market, but Dong still believes she can lead Gree to rack up a record CNY250 billion in revenue this year.

That's CNY50 billion more than last year, which was up by a similar amount from 2017. Net profit attributed to shareholders in 2018 is pegged at between CNY26 billion and CNY27 billion, a 16 percent to 21 percent gain, according to the company's earnings report.