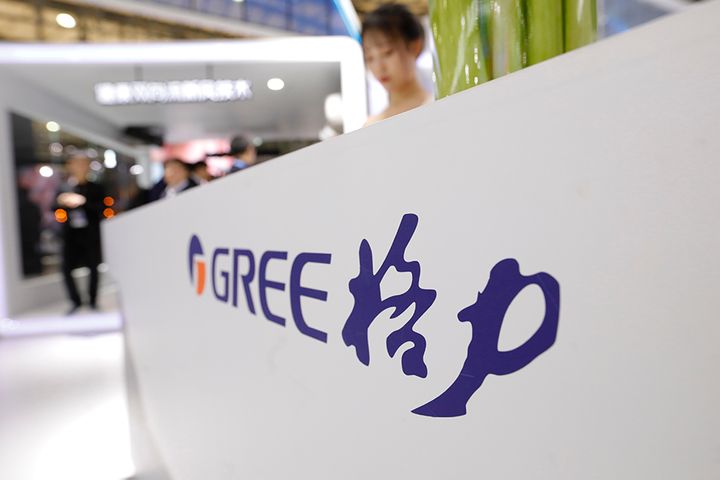 The company's largest shareholder, Gree Group, aims to sell a 15 percent stake in the home appliance maker, Zhuhai-based Gree Electric said in a statement yesterday. The stake is worth about CNY43 billion (USD6.3 billion). Gree Group will retain some control over the firm because it will keep 3.22 percent, voting rights and the right to nominate the chair.

But the firm's controlling shareholder, Gree Group, and actual controller, the State-Owned Assets Supervision and Administration Commission of Zhuhai, are likely to change after the equity transfer. Gree Electric's managers, headed by Chairwoman Dong Mingzhu, employees and major dealers will be strong contenders to take over the transferred shares, according to an expert close to the firm.

Gree Electric listed on the main board of the Shenzhen Stock Exchange in 1996, and Gree Group and the Zhuhai SASAC have been its controlling shareholder and actual controller, respectively, since the listing, Yicai Global learned.

Gree Group held up to 60 percent of the firm when it was the majority shareholder. Gree Electric initiated share-trading reform in March 2003 and thereafter Gree Group's share dropped to 41 percent for the first time.

Gree Group later contributed part of its stake in Gree Electric to the firm's stock incentive plan for managers to achieve liquidity of state-owned shares. Gree Group transferred its shares to the firm's major shareholder Hebei Jinghai Investment Guarantee. Gree Group has been gradually cutting its holdings in the firm by bringing value-added resellers as its investors.

Gree Electric began mixed ownership reform as other firms do possibly because both the Zhuhai SASAC and the firm want to dispel the image of a state-backed business, which will benefit it in competing overseas as a market entity, an acquisition and merger expert explained.

Gree Group, Gree Electric's major shareholder, is the largest state-owned enterprise in Zhuhai. So why then is the city transferring control over the high-flying Gree Electric?

The Zhuhai government discussed Dong's re-election as Gree Electric's chairwoman around last Spring Festival holiday, the already-cited expert told Yicai Global last week. Gree Electric is the city's largest industrial firm and if Dong's eventual replacement were to pan out, all very good and well. The city government will have to suffer the consequences otherwise.

Thus, the Zhuhai government largely decided Dong's re-election after the discussion to drive this reform.

It will not be up to the Zhuhai government but the market to decide Dong'e re-election and the firm's operation strategy in future because the home appliance field has intense rivalry, an industry export noted, adding the Zhuhai government will get back wads of money to invest in other projects and strategic investment will be introduced to the firm to improve its management structure and scientific decision-making mechanism as the Gree brand is a valuable city resource.

Gree Electric estimates it gained over CNY200 billion in operating revenue last year, up around 33 percent on 2017, of which net profit attributable to its shareholders was over CNY26 billion, up 16 percent to 21 percent.

Dong was re-elected as the firm's director and the board chairman by the new board of directors at the firm's shareholders' meeting in January.