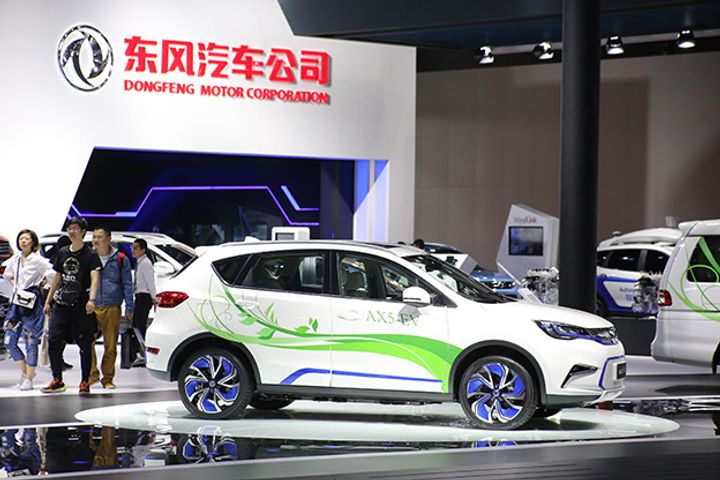 (Yicai Global) July 4 -- Chinese state-owned carmaker Dongfeng Motor Corp., aims to more than double overseas sales to 150,000 vehicles annually in 2020, up from 65,000 last year, as part of plans to transform itself into a mainstay on the European and US auto markets.

Dongfeng's export volume for cars and chassis reached 1 million units in 2017, Deputy General Manager An Tiecheng said during a press conference in the Netherlands, adding that the Wuhan-based firm has now sold more 800,000 vehicles spanning over 30 models to over 80 countries and regions.

The enterprise's commercial vehicle unit recently delivered 50 trucks to Belgium-based SMT, as part of an order signed last December for 150 vehicles in total.

Dongfeng has built up its presence overseas in recent years and will leverage facilities abroad to facilitate greater sales. The company built its first assembly plant outside of China in Iran last year and has completed 30,000 cars there so far, while sales companies have been set up in Russia and ASEAN countries such as Vietnam.

The firm established a joint venture with Sweden's Volvo Group in 2015 to launch its push for internationalization. Aside from upgrading its heavy truck platform with Volvo's technology, Dongfeng Motor has also participated in two Volvo Ocean Races as part of a brand image campaign.