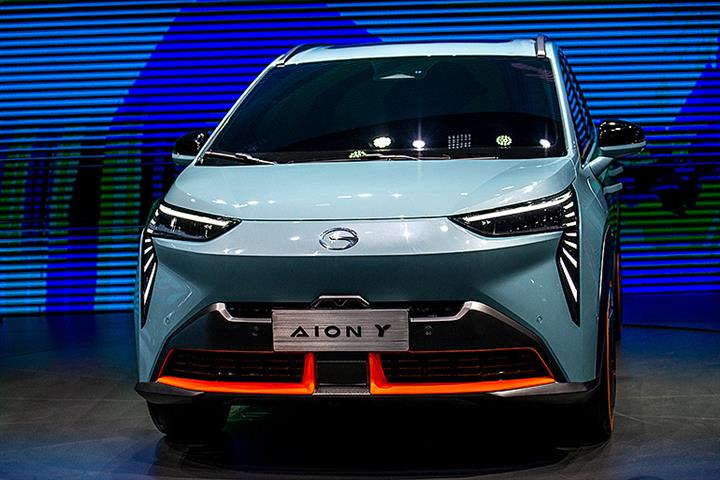 (Yicai Global) Jan. 18 -- Claims made by Guangzhou Automobile Group for its new graphene-based battery were openly questioned by experts this weekend.

“If someone says that their electric car can run 1,000 kilometers, can be fully charged in a few minutes, and is also very safe and inexpensive – don’t believe it, because it’s impossible at present,” Ouyang Minggao, a member of the Chinese Academy of Sciences, said at a public meeting yesterday.

GAC Aion New Energy Vehicle said on Jan. 15 that it will introduce a new car this year with a graphene-based battery that allows charging to 80 percent in eight minutes and a range of 1,000 kilometers.

Rival electric automaker Nio has also said it is working on a battery that will offer a range of 1,000 km.

“Academician Ouyang’s original words refer to cars that are able to run 1,000 kilometers and charge quickly, as well as being cheap and safe, which is impossible,” General Manager Gu Huinan said in an interview with Yicai Global today. “People should forget the ‘cheap’ part.”

GAC Aion’s battery cathode is made of graphene and the anode of silicon material, he added. Graphene helps to solve the fast charging problem and silicon offers long battery life. Both the two technologies can be used, but at a certain cost and pace of development.

The cost of cathodes using graphene is 5 percent to 8 percent more than for conventional ones currently on the market. Electric vehicles with a charge range of up to 1,000 km will require more battery materials and an eight-minute fast-charging function requires the construction of high-efficiency charging piles, Gu said. Though this is technically achievable, the cost will increase and it will take time, Gu said.

GAC told investors today that it is on course to achieve the fast charging and long-range claims for its battery. Its shares [SHA: 601238] closed 5.4 percent higher in Shanghai at CNY13.20 (USD2) each, while its Hong Kong-listed stock slumped 8.1 percent to HKD8.60 (USD1.30).