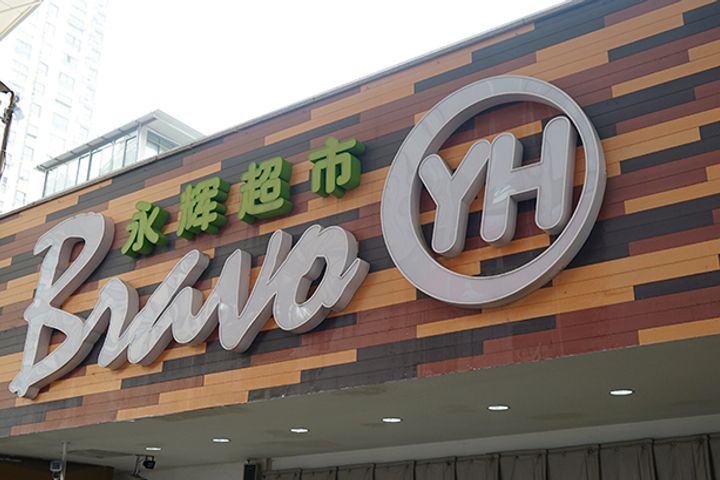 The distribution will be done by Ehang's four-rotor unmanned aerial vehicle which flies at a maximum speed of 40 kilometers per hour and delivers up to 500 kilograms of goods within a 4.5-kilometer radius. Next, the Guangzhou-based drone firm has vowed to build an even stronger flying gadget; with a maximum load of 5 kilograms and radius of more than 7 kilometers.

Tencent invested in a 5-percent stake at Fujian-based Yonghui Superstores in December, as well as bought a 15-percent stake in Yonghui Yunchuang Technology, the operator of Super Species stores, aiming to enrich the latter with more offline and online retail scenarios, much alike rival Alibaba's Hema stores. In both brands' stores, customers can buy fresh produce, like salmon and prime beef, have them cooked in the store or order them to be delivered to their homes.

There are 44 Super Species units across China, while Hema has expanded to 46 stores in 13 cities in China, with plans to open up to 2,000 more branches in the next five years.