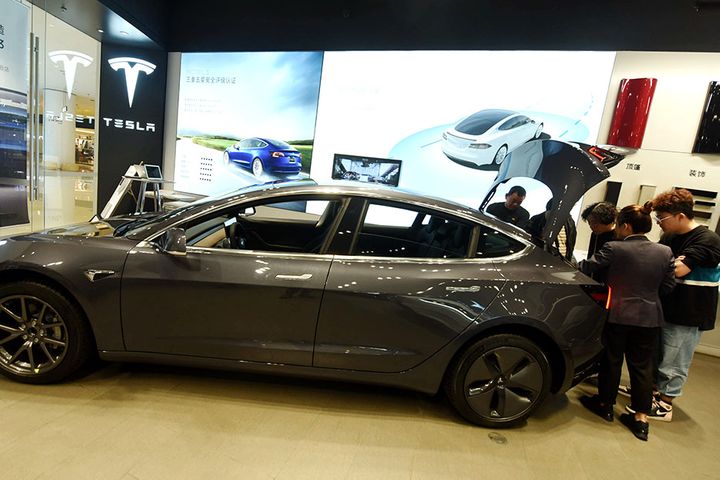 (Yicai Global) Dec. 9 -- The Model 3 sedans that Tesla produces at its Shanghai Gigafactory could get a subsidy worth as much as 7 percent of the vehicle's price from the Chinese government, the Shanghai Observer reported.

Tesla's first overseas plant, which started construction in the eastern Chinese metropolis in January and is now ready for mass production, is the biggest foreign-funded manufacturing project in the city's history. It also marks the first new energy vehicle project for which the local government canceled foreign ownership restrictions.

Tesla's Shanghai assembly line rolled out its first units early November and is expected to run at a weekly production clip of about 3,000 vehicles. The California-based automaker announced pre-sales of the China-produced Model 3 on Oct. 25.