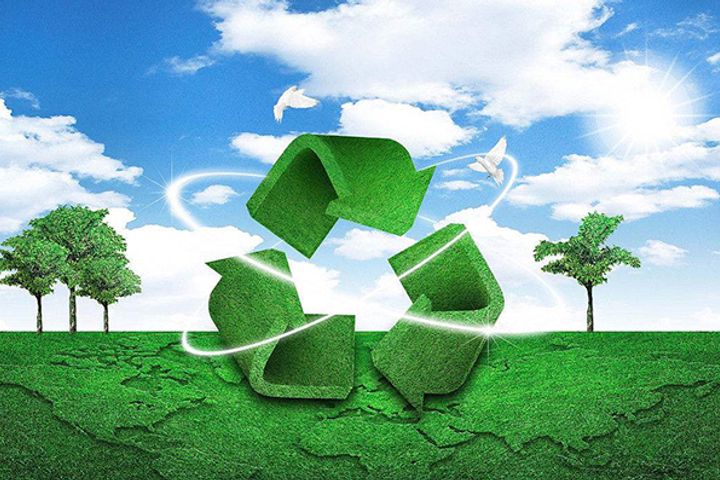 (Yicai Global) Nov. 17 -- Chinese people's growing demand for a better life has turned the spotlight on environmental issues in the country. The central government rolled out environmental inspections across the country two years ago in a bid to boost the development of 'ecological civilization.'

Under the direction of the national environmental protection inspection office, the governments of such provinces and autonomous regions as Inner Mongolia, Heilongjiang, Jiangsu, Jiangxi, Henan, Guangxi, Yunnan and Ningxia simultaneously released the results of the first centralized environmental inspections and accountability investigations on their respective websites yesterday. Of the 1,140 government officials investigated, 130 are municipal-level leaders and 504 are county-level leaders. The inspections focused on managerial and supervisory duties and, in particular, leadership responsibilities.

Ecological and environmental issues have deteriorated in the country following 'quantitative' economic development over the past several decades. The formation of inspection teams by the ministry of environmental protection and the central government marked a significant transition in the national environmental protection supervision and regulation. It represents a shift away from the enterprise-centered model toward a new policy 'combining inspection and supervision focusing on government performance.' Centralized inspections targeting chronic pollution problems have been carried out in all the Chinese provinces, autonomous regions and municipalities during the last couple of years, resulting in substantial ecological improvements across the country.

Forest area in China as a percentage of the total land area increased consistently from 21.38 percent in 2012 to 22.3 percent last year, and the concentration of particulate matters (PM 2.5) fell by more than 30 percent in the Beijing-Tianjin-Hebei region, the Yangtze River Delta and the Pearl River Delta since 2013. The introduction of the '10 anti-water pollution measures' in 2015 saw continuous rises in surface water (grades I to III) section ratio from 6 percent to 67.8 percent, and the average section ratio of grade V water (water categorized as suitable only for industrial or agricultural purposes) has dropped from 9.7 percent to 8.6 percent.

Local governments have implemented environmental inspections on a routine basis, but many of them still felt under considerable pressure after the introduction of the centralized inspection system. In the past, even cross-regional inspections only covered enterprises, and the efforts were limited to partial and superficial problems such as pollutant source control. As a result, "pollution always returned after the inspection teams left." In some cases, the same pollution was reported to authorities at different

levels, but the issues were always reassigned to the local governments in the end, where the handling of the issues were affected by local protectionism, string-pulling and arbitrary decision-making. The same issues tend to resurface a few years later.

The centralized environmental inspection campaign intends to cure these long-standing pollution problems. It will be a tough battle and a protracted one as well, since the issues were formed over the years and thus cannot be resolved overnight. On the one hand, as a zero-tolerance policy, all illegal businesses found in violation of environmental regulations must be seriously investigated. At the same time, related issues should be analyzed case by case and 'factory by factory' to avoid an 'indiscriminate clampdown.'

Needless to say, 'ecological civilization' has environmental as well as economic implications. The focus of China's economic development has shifted from quantitative growth toward high-quality growth, from extensive expansion toward growth quality and efficiency. Improved growth quality and efficiency are manifested in eco-friendly development and an increasingly harmonious relationship between the nature and people.

In other words, apart from ecological civilization, the environmental inspection campaign also seeks to drive a structural upgrade of local industries toward sustainable green development. Using the inspections as an opportunity to push forward green development and the supply-side structural reform, local governments can step up pollution prevention and control among enterprises, help them scale up business operations and profits, and rectify the 'bad money drives out good' tendency, cracking down on poorly-regulated and heavy-pollution businesses, and sharing the cost of environmental protection among market participants themselves.

As pointed out in the report of the 19th National People's Congress, "Ecological civilization has lasting and profound implications for the sustainable development of the Chinese nation in many centuries to come," and efforts must be made to "step up ecological system reforms and build a beautiful China.' It is a clear indication of the importance of the ecological civilization initiative, and environmental inspections will definitely play a critical role in it.