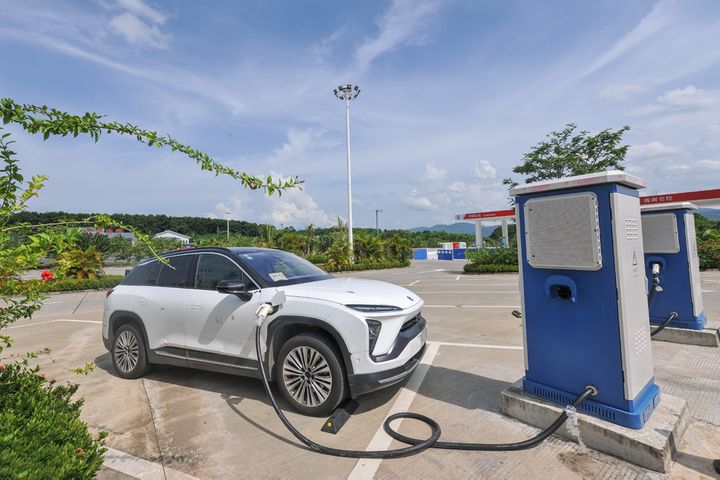 Average daily charging capacity on the nation's highways rose to 408,000 kilowatt hours between Oct. 1 and 7, which is 3.6 times the usual amount, the report said.

The Beijing-Hong Kong-Macao Expressway topped the list, followed by the Shenyang-Haikou, Daqing-Guangzhou, Changchun-Shenzhen and Beijing-Harbin routes, according to data from State Grid Electric Vehicle Service. The top four provinces were Hebei, Jiangsu, Zhejiang and Hubei.

China has built a complete power charging network across its highway system. State Grid alone operates 2,080 stations and 8,423 piles along nearly 50,000 kilometers of expressway, connecting 171 cities in 19 provinces. The stations are spaced an average of 50 kilometers apart, with the fastest time for a full charge clocking in at just half an hour.

The ubiquity of these facilities has boosted the confidence of electric vehicle owners. The expressway charging capacity during major holidays has grown rapidly again this year. The average daily charge was 250,000 kWh during the Spring Festival and close to 300,000 kWh on May 1, International Workers' Day.