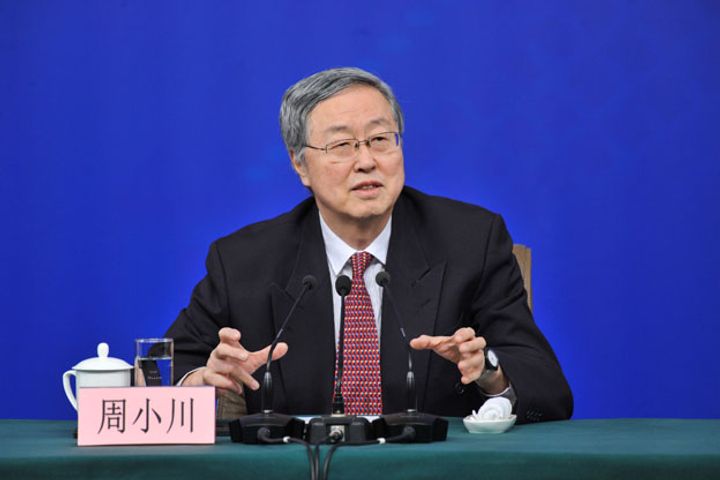 (Yicai Global) March 21 -- Encrypted assets may trigger a slew of challenges and problems of illegal transactions, money laundering and terrorist financing and even affect the conduct of monetary policy, China's former central bank governor said at a recent meeting of G20 finance ministers and central bank governors in Buenos Aires, Argentina, in his last attendance in that capacity.

The scale of encrypted assets remains small, but they exert a huge social impact that cannot be overlooked, Zhou Xiaochuan noted, as the official People's Bank of China website reported today.

China has stressed that the financial sector should better serve the real economy and the role of encrypted assets in supporting the economy remains doubtful, Zhou told participants at the gathering. China will still enhance coordination on policy for encrypted assets and digital currencies, he said.

The government's work report that China's legislature just passed proposed this year's main development goals, including that the country will maintain a proactive fiscal policy and a prudent and neutral monetary policy, while boosting the shift to pricing tools from quantitative measures, Zhou added. The nation's financial sector remains steady, though problems persist, he said. The country is taking measures to prevent and mitigate financial risks and open the sector, and will hew to multilateralism and deepen cooperation with all parties as it does so, he added.

A global financial security network with the International Monetary Fund in a key position should be further enhanced, he stressed, and then reviewed the process of how the G20 pushed the IMF to inject capital twice after the global financial crisis, as well as its reforms of shares and governance.

Zhou urged all parties to remember history and build a more efficient and centralized global financial security network. He called on the IMF to persevere in its active efforts in capital flow and the international reserve currency system.

70-year-old Zhou has just retired after 15 years at the helm of the People's Bank of China. He was the 11th head of the monetary authority. He is replaced by Yi Gang, 60, who had served as PBOC's deputy governor since 2008.