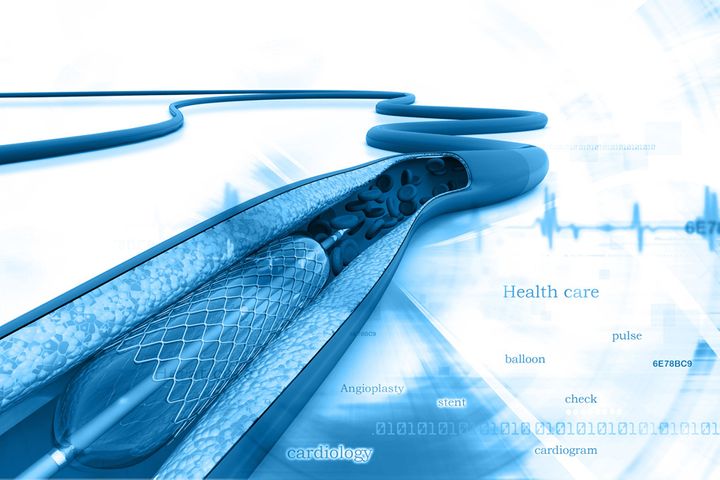 (Yicai Global) Dec. 23 -- Shares of Sino Medical Sciences Technology, which have more than doubled in value since listing on China's Nasdaq-like Star Market two months ago, fell amid a Chinese stock market retreat today despite the company winning Europe's CE certification for its new drug-releasing stent.

Granted last week, CE certification for the drug-eluting stent qualifies it to enter the European Union market, the Tianjin-based company said in a statement yesterday. It is also the first international certificate for the new product. The firm received a certificate from Netherlands-based international inspection firm DEKRA Certification on Dec. 19 after its DES for cardiovascular diseases had gained the CE imprimatur, the statement added.

CE markings appear on many products in Europe, signifying that they meet high safety, health and environmental protection requirements, according to the European Commission's website.

A drug-eluting stent is a bare metal tube placed into a narrowed, diseased peripheral or coronary arteries that slowly releases a drug to block the cell proliferation which leads to restenosis -- recurrent abnormal narrowing of arteries after corrective surgery. The product, which greatly reduces this condition, can prevent the need for further intervention.

The company has finished clinical trials of the device in China and is gearing up to apply for drug registration. It is still in patient follow-up tests in clinical studies in the US and Japan, the company said.

Set up in 2007, SinoMed makes various products for cardiovascular, cerebrovascular, and structural heart disease interventions. The company's initial public offering was priced at CNY6.99 a share and was almost 3,018 times oversubscribed. It debuted on the Shanghai Stock Exchange's Star Market on Oct. 30, raising USD50 million.