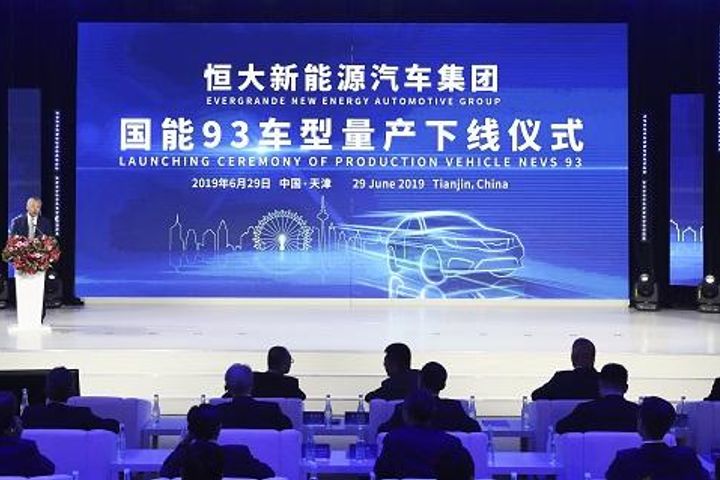 The group's auto subsidiary Evergrande New Energy Automobile Group held a ceremony to celebrate the occasion in Tianjin on June 29. The new car is named the NEVS 9-3, giving a nod to the company that helped it roll the vehicle of the ramps so quickly.

The research and development cycle for electric cars is typically three to five years due to the sheer volume of resources and manpower required, but the carmaker rocketed through the process thanks to an affiliate's January acquisition of National Electric Vehicle Sweden, which owns the rights to Saab vehicles and already had the tech needed to build the all-electric car.

Evergrande Health Industry Group paid USD930 million for a 51 percent stake in the firm, which was set up in 2012 specifically to acquire Saab Automotive's assets. The Saab 9-3 was one of the Swedish carmaker's most popular vehicles.

The new car is based on the Saab Phoenix E platform and will come in five different models powered by Contemporary Amperex Technology batteries -- the classic, commemorative, regular, practical and economic -- each with a 130 kilowatt motor providing 280 Newton-meters of torque to max out at 140 kilometers per hour. The cheapest will sell from CNY169,800 (USD24,700) after subsidies.

Evergrande is developing several other electric vehicles for which hit hopes to achieve mass production next year at the earliest as it seeks to become the world's biggest NEV maker within the next three to five years with a foot in the budget, mid- and high-end, and luxury sectors.