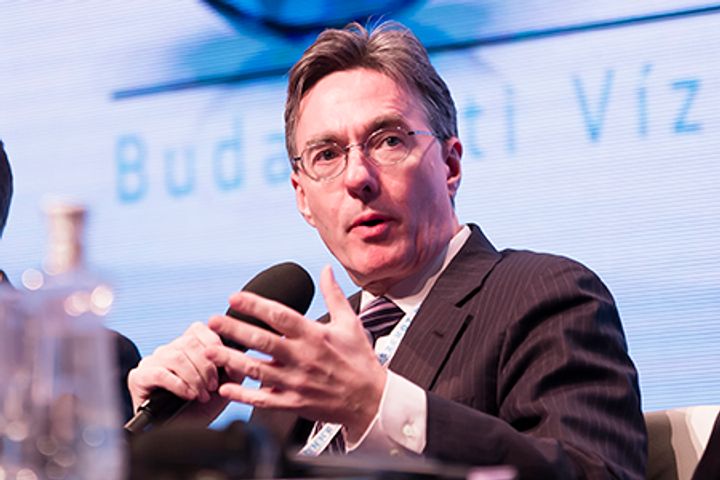 (Yicai Global) May 28 -- The Asian Infrastructure Investment Bank, an international development bank inspired by China's Belt and Road Initiative, will need to attract private sector financing or issue bonds in the future, according to the lender's vice president.

Private funding will be needed to make the business of the Beijing-based AIIB sustainable, Joachim von Amsberg said in an exclusive interview with Yicai Global in Shanghai. AIIB's initial capital was USD100 billion, with 20 percent paid-in and 80 percent callable, he added.

The key to attracting non-state finance is to develop a structure that covers a basket of projects in different countries with controllable risks and costs that can attract long-term capital investment from pension funds and insurance companies, Amsberg said. Such long-term investors, who look for stable cash flows such as can be generated by infrastructure schemes, are highly intrigued by the bank's projects, he added.

Initiated by China's President Xi Jinping and founded in 2016, the bank has 57 member countries and aims to advance the infrastructure and economic integration of Asian countries and other regions. Going forward, it will look to prioritize schemes that promote cross-border and cross-regional connectivity, including in Central Asia and the 10 members of the Association of Southeast Asian Nations, Amsberg said.

The AIIB will also continue to focus on projects in the areas of clean energy, renewable energy, sustainable city planning and urban highways, he said. The bank has already approved 26 projects related to transport, energy and infrastructure over the past two years, Amsberg added.