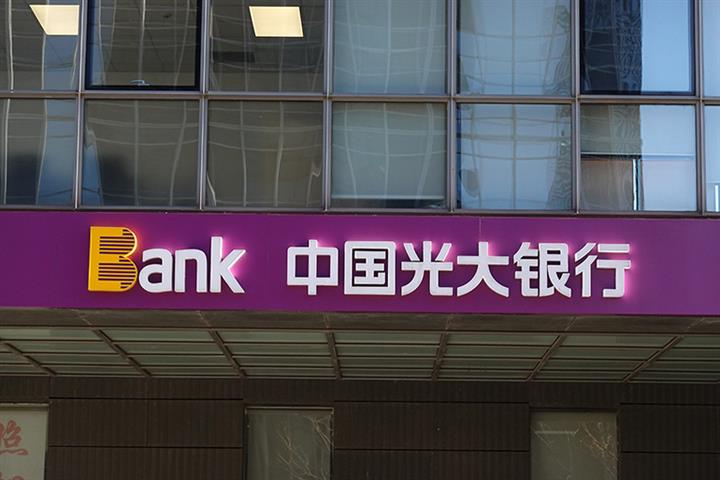 (Yicai Global) Nov. 10 -- Zhang Bo, chief business director of China Everbright Bank, has been detained by authorities for investigation, sources told Yicai Global today. Zhang Bo is also a nephew of Zhang Huayu, former vice president of the bank, who was investigated and expelled from the Communist Party of China earlier this year.

Zhang Bo is the chief business director and general manager of the institutional business department, Yicai Global learned. “He was supposed to be promoted to vice president soon,” an insider with the bank told Yicai Global.

Zhang Bo used to work as a director at China Everbright Bank’s Qingdao branch, Urumqi branch and Xi’an branch, and was head of the preparatory team for the bank’s consumer finance unit, according to public information.

Earlier this year, the bank’s former vice president Zhang Huayu was investigated by regulators. He had resigned from the bank three years ago.

Zhang Huayu misused his authority to arrange for dozens of relatives to work at the bank, and sought benefits for some people in terms of job promotion and transfer, according to the CPC Central Commission for Discipline Inspection.

Zhang Bo’s case may be connected to that of his uncle, a source told Yicai Global.

Several middle and senior management staff at the bank have also been investigated for corruption over the past two years.