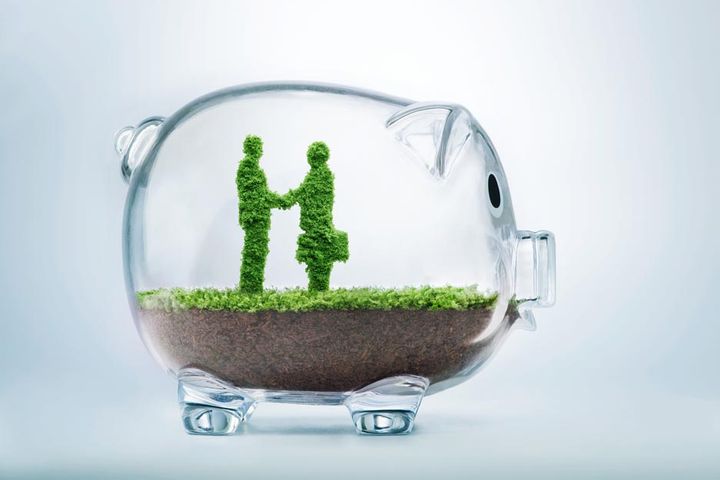 (Yicai Global) April 4 -- China's investment fund aimed at financing projects in central and eastern Europe will focus on three kinds of projects in future, according to its chief investment officer.

The first are in the new energy sector, where China and the central and eastern European countries can draw on each other's strengths, the China-Central and Eastern Europe Investment Cooperation Fund's Qin Jing said in an exclusive interview with Yicai Global. The second group involves hotel management and related businesses, while the third covers high-end industrial manufacturing and the medical equipment sector, he said.

Central and eastern European nations are rich in wind and solar energy and highly complement China in the new energy sector, with huge cooperation potential on energy transformation, Qin said.

Poland and Hungary initiated a new energy subsidy mechanism in recent years that has fostered many investment opportunities, stable income and strong liquidity, and that will help scale investment, platform management and sustainable development.

Set up in November 2016, the China-Central and Eastern Europe Investment Cooperation Fund has formed a new energy team in central and eastern Europe to invest in greenfield projects and buy established ones. The fund has also inked solar energy projects with total capacity of 50 megawatts, which are expected to start supplying national grids by year-end.

Focusing on the Polish and Hungarian markets, the fund will spend between CNY5 billion (USD744.1 million) and CNY10 billion to get 200 MW of green energy capacity connected to power transmission networks by 2020, targeting the completion of new energy projects with a combined capacity of 1,000 MW in the long run.

Demand for business travel in countries along the Silk Road Economic Belt and the 21st Century Maritime Silk Road have surged because of the implementation of China's One Belt and One Road Initiative, Qin said. As the massive investment project's initiator, China should also have its own brands to meet the demand.

The fund is partnering with renowned Chinese hotel group Jinjiang International to complete investment in Radisson Hotel Group in Europe. Radisson can coordinate and complement Chinese-funded brands with most of its eight sub-brands of medium and high-end hotels, light-asset operations and balanced coverage across the European and US markets.

The fund has reviewed potential high-end manufacturing and medical equipment targets in major markets such as Europe, and formed close links with major investment banks and brokers around the world.

To prioritize the implementation of projects in line with the Belt and Road Initiative and elsewhere in central and eastern Europe, it will focus on opportunities in fields such as health care, biotechnology, automation, artificial intelligence, advanced manufacturing, semiconductors, new energy vehicles, and autonomous driving.

One project invests in scarce underlying assets such as the D-shares of home appliance maker Haier. Issuing D-shares on the China Europe International Exchange is not only a move that implements the key achievements of the high-level financial dialog between China and Germany but is also an opportunity to link China's manufacturing transformation with Germany's Industry 4.0 strategy.

When pointing out the risks of Chinese firms' foreign investment, Qin said they still rely heavily on China's banks for financing, so the risks are relatively concentrated. But at the same time, exchange rates also pose significant financial risk since the currencies of the countries along the Belt and Road are traded less and risk hedging mechanisms are imperfect.

Considering the differences in national conditions, cultures and languages as well as the relative isolation of the market, Chinese companies may be unable to accurately evaluate and judge a target due to a lack of information, which brings significant dangers to investment decisions, including legal and labor risks.

Chinese businesses also lack post-investment managements of overseas projects. A lack of international talent and slow integration with the original overseas team in particular, make it hard to allocate, integrate and coordinate resources. It will not only cause financial losses, but also lead to a dilemma in future development.