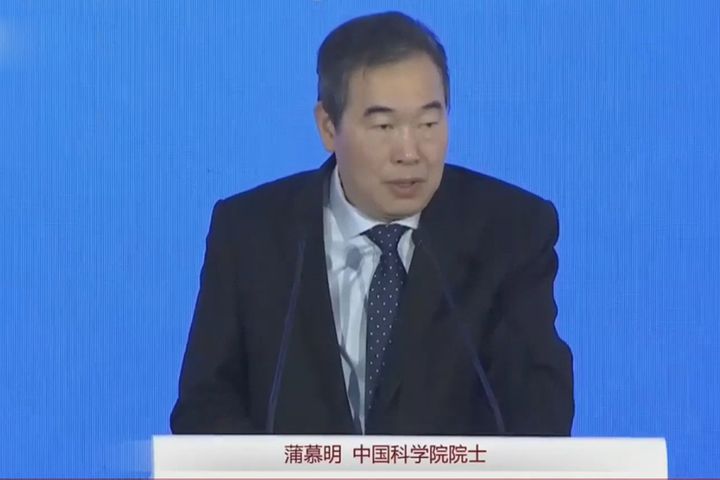 (Yicai Global) Oct. 30 -- China is advancing a global cooperative brain project and is expected to lead international big science work on brain science given its extensive work in neuroscience, according to a leading Chinese scientist.

The country has already achieved remarkable results in drawing the whole brain mesoscopic map from fruit flies and zebrafish to mice and macaques, Poo Mu-ming, director of the Shanghai-based Institute of Neuroscience, said in an interview with Yicai Global.

China will finish mapping the mouse in the next decade and take 10 to 15 years to complete that of the monkey, said Poo, who is also a member of the Chinese Academy of Sciences.

Poo is taking part in the future international big science forum today, a day after the World Laureates Forum kicked off in Shanghai.

The global brain science project under discussion will include the European Union's Human Brain Project, the US' Brain Research Through Advancing Innovative Neurotechnologies Initiative, Japan's Brain Mapping by Integrated Neurotechnologies for Disease Studies and the China Brain Project. It is aimed at establishing a global platform for data sharing, he said.

But Poo also pointed out several major challenges to international cooperation. The biggest is the absence of established mechanisms for data sharing and distribution of individual work by scientists.

As a very important part of the nation's medium- and long-term science plan, the urgency of the China Brain Project is self-evident and it is also of great significance for solving brain diseases, he added.

Poo unveiled the overall layout of the China Brain Project to scientists at the big science forum. The project plans to make China's basic cognitive brain science research, brain-like research and major brain disease research reach the global advanced level in the next 15 years, and help the country play a leading role in some fields.

The second World Laureates Forum began yesterday and will last for four days. A total of 65 winners of the world's top science awards, including the Nobel Prize, Wolf Prize, Lasker Award, Turing Award, Fields Medal, and MacArthur Fellows Program, are attending the forum, along with more than 100 academicians from the CAS and the Chinese Academy of Engineering and outstanding young scientists.

They will have in-depth dialogue on topics that could change mankind's future, including artificial intelligence and fifth-generation mobile network, black hole and aerospace technology, genetics and precision medicine, carbon and hydrogen bonding and organic chemistry, and new energy and sustainable development.