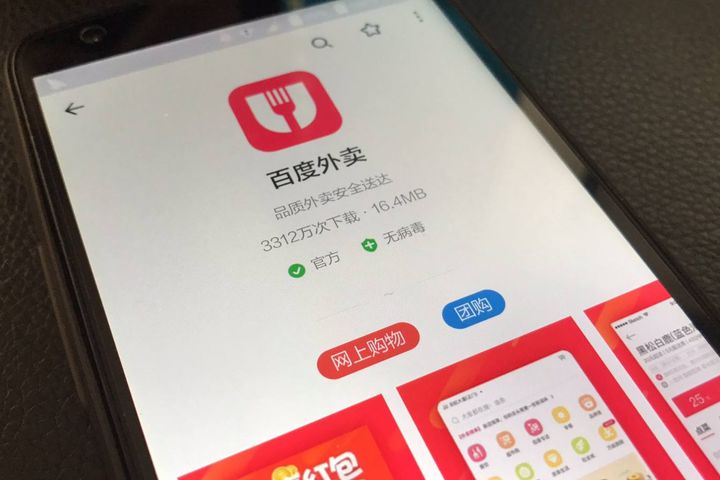 Yicai Global had an exclusive report three weeks ago, reporting the advanced level talks between the two companies. Zhang Xuhao, the founder and CEO of ele.me was in Beijing, with his delegation, for negotiations on the deal, the same report said.

Last May, Bloomberg reported that Alibaba Group and Ant Financial Services, the Group's financial services arm, led a new round of financing worth at least USD1 billion for ele.me, which put the valuation of the company at USD5 billion to USD6 billion.

Data issued by TrustData in May 2017 show that in the take-away food market, waimai.meituan.com, ele.me and waimai.baidu.com rank top three by their monthly coverage rates of 1.23 percent, 0.97 percent and 0.20 percent, respectively.

After acquiring waimai.baidu.com with financial support from Alibaba, ele.me will not only narrow the gap with waimai.meituan.com, but it will also intensify competition in the take-away market.

However, the fact that waimai.baidu.com will still operate independently for about a year even after the takeover deal means that there will still be a tripartite competition between the top providers in the take-away market next year.