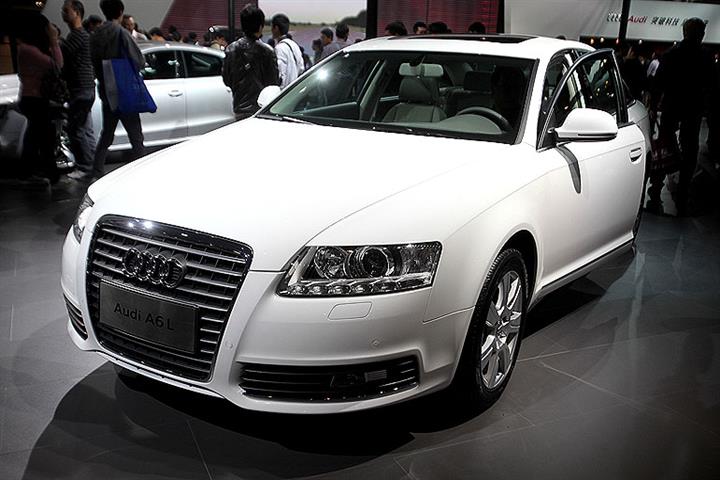 [Exclusive] FAW-Volkswagen May Cut Audi Output by 30% in April due to Chip Crisis, Dealers Say

(Yicai Global) April 15 -- A joint venture between FAW Group and Volkswagen Group will cut Audi production by 30 percent in China this month due to the global chip shortage, the JV has told its dealers.

FAW-Volkswagen Automobile will reduce output by more than 20,000 units in April from a month ago, Audi dealers told Yicai Global in an exclusive interview yesterday, citing the Changchun-based company's announcement.

The JV has not yet responded to Yicai Global’s inquiries.

Since last year, the chip crisis has plagued international carmakers, forcing some of them, including Germany's Volkswagen, to temporarily shut down some of their factories.

The tight supply of parts, including chips, is expected to become even bigger in the second quarter among Chinese carmakers, the China Association of Automobile Manufacturers said in a report released on April 9.

FAW-Volkswagen's Audi production halt will last for about two weeks, involving several models, including the A4L, A6L, and Q5L, said one of the above-mentioned vendors.

"Inventories have been tight here since last December," another Audi dealer in northern China said to Yicai Global. "We have about 120 cars in stock, mainly low-end models, including the A3, Q2, and Q3."

As the supply is limited, discounts for the A4L, A6L, and Q5L models have been lowered, said the two sources. For example, that for Audi A6L has been adjusted to 14 percent or 15 percent from the earlier nearly 18 percent.

The bottleneck is chips used in controllers involving doors, gateways, infotainment systems, and stability control systems, Yicai Global learned. Among these, semiconductors used in gateways could be in tight supply for as long as six weeks.

The troubles extend beyond China. In late January, Audi had furloughed more than 10,000 employees around the world due to its failure to obtain enough chips, according to foreign media reports.