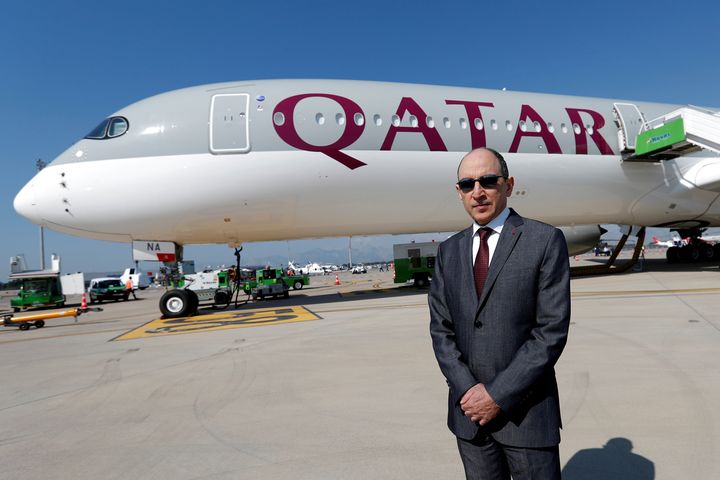 This cooperation  is still quite preliminary as they have just begun to explore the possibility of further partnership in code sharing and point swapping, Al Baker told Yicai Global.

Qatar Airways invests in the most successful airlines in each region, he said. For example, it indirectly holds a stake in Air China via its investment in Cathay Pacific Airways, which it holds with Air China in interlocking shareholding, a mechanism which forms a single company group via an exchange of shares, with the firms remaining distinct legal entities.

China Southern, the country's largest airline, holds huge cooperative potential. Qatar Airways chose to buy its shares on the secondary market because it was unwilling to buy them at a premium, Al Baker added.

China Southern has a large network of routes in China and limited international routes, while Qatar Airways is the opposite. Its global routes can complement China Southern's network, above all in the Middle East and Africa, he believes.

Al Baker was very happy when China Southern withdrew from SkyTeam at the end of last year. Qatar Airways itself is also experiencing problems in its own Oneworld airline alliance and began to mull ending its Oneworld membership from Jan. 1 to resolve disagreements with other members that hinder its development. It plans to pull out if other members still regard it as a second-rank player, compete with and resist it, Al Baker advised. It must notify the association 12 months before it decides to leave based on its legal and contractual obligations, he added.

In contrast to European and American airlines' capacity reduction and mergers and acquisitions, Qatar Airways has expanded rapidly since its formation 20 years ago, which is why it feels so out in the cold within the alliance. The success of the airline's rapid development is that it knows just what customers want and what it wants to do, Al Baker told Yicai Global. Many consumers expect better services, to be highly valued and get higher-quality products, including business class configuration, meal selection and airport optimization, he added.

Middle Eastern airlines have wooed international customers away from direct flights via their signature transfers. Their governments, airports and airlines are resorting to every means to build transit hubs. About 80 percent of the world's population lives within a six-hour flight of Qatar, data show.

Ever more Chinese tourists are traveling to Doha since Qatar started exempting visas for citizens of 80 countries -- including China -- in August 2017. The ranks of Chinese visiting Qatar grew 68 percent in the past four months over the same time last year.

Al Baker conceded the challenges facing the future at a time when some Chinese airlines are said to be tightening their belts.

The next three years will challenge all airlines with political and diplomatic disputes, the uncertainty of oil prices, and economic downturn as well as regional conflicts.

Integration within the sector will not stop, and it is expected that more airlines will hold each other's shares.