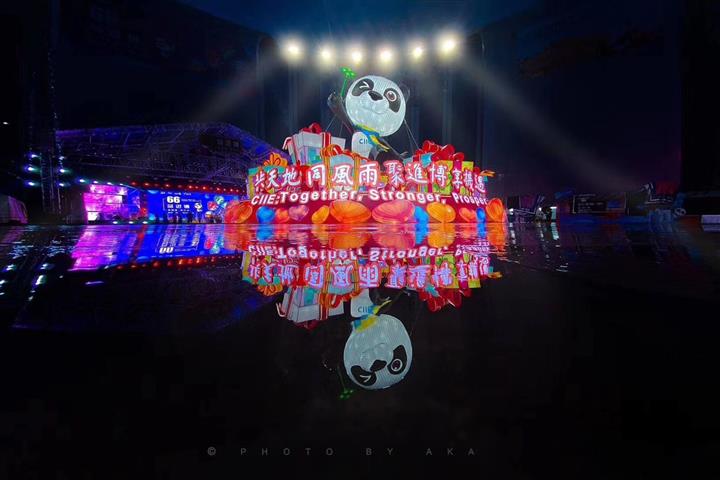 (Yicai Global) June 8 -- Exhibitors taking part in the third China International Import Expo have already reserved 90 percent of the planned available exhibition area, with 150 days still to go before the event kicks off, according to a statement released by the CIIE bureau yesterday.

The first shopping fair for imported goods, scheduled for June 6 to June 7 and June 13 to June 14, begun over the weekend at the National Convention and Exhibition Center in Shanghai, the same venue where the main event will take place. More than 50 exhibitors from over 10 countries, including the United States, Germany, Australia, and Japan, came to show off their wares. Many buyers also attended the event.

“This is the first time that imported goods have been exhibited and sold at a shopping fair,” said Tang Lei, deputy director of sales at Forestlee East China, a Japanese company that has registered for the CIIE for three consecutive years.

“This time we have brought with us two varieties of super A-level rice produced in Hokkaido, which we expect to be the star products at the fair,” Tang added.

According to Chong Xiaobing, deputy general manager of Lianhua Supermarket Holdings, one of the purchasers attending the shopping fair, his company has seen a notable rise in sales of commodities it signed at the past two editions of the CIIE.

Chong expressed expectations for the third CIIE, saying that the company hopes to introduce more imported goods at the third edition to meet consumer demand.

The shopping fair also features a display of Zigong lantern show, a national intangible cultural heritage that originated in Zigong city in Southwest China’s Sichuan province thousands of years ago.

On June 6, the China International Import Expo Bureau and the National Convention and Exhibition Center signed a cooperation deal with the government of Zigong.

According to the deal, the Zigong lantern show will incorporate CIIE elements and develop related cultural products, furthering relevant cooperation.

“We hope that exhibitors from across the globe are able to feel the charm of traditional Chinese culture through admiring the lantern shows during the expo,” said Fan Bo, top official of Zigong city.

In addition to the fair, a photo exhibition characterized by three dimensional and virtual reality technologies is being held online to display memorable moments from the past two editions of the CIIE.