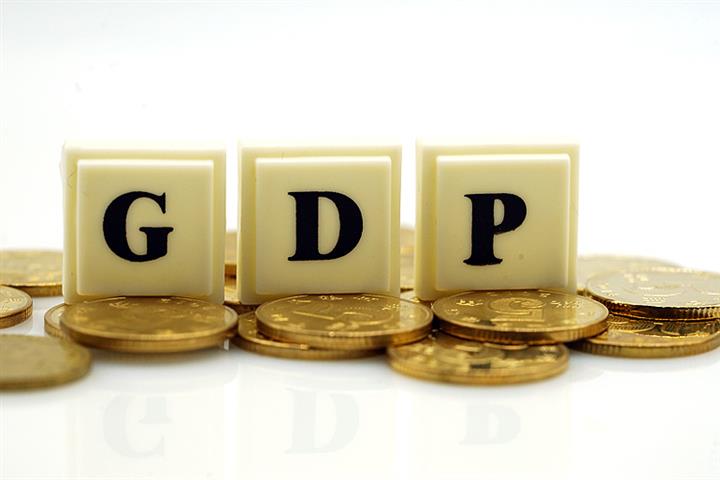 (Yicai Global) May 22 -- China's top legislature has withdrawn from revealing an economic growth target for this year. Experts agree that a magic number would hardly carry far in the virus-hit global climate.

China faces some unpredictable factors because of the global situation related to the Covid-19 epidemic, economy, and trade, Premier Li Keqiang said when delivering the Government Work Report to the third session of the 13th National People's Congress in Beijing this morning.

A lack of GDP target should stabilize the country's economic fundamentals and lay a foundation for a comprehensively wealthy society, he added.

But China does have other goals. Li said that China will work to win the battle against poverty and complete building a moderately prosperous society in all respects this year.

The premier did mention some numbers. This year, China's deficit-to-GDP ratio is expected to exceed 3.6 percent. That would be 0.8 percentage points higher than last year. The country's consumer inflation target is about 3.5 percent. More than 9 million urban jobs should be created while the urban registered unemployment rate should remain at about 5.5 percent.

Experts hailed the prudent withdrawal. A wealthy society is not measured by GDP alone because a single gauge cannot cover the current complex economic environment, said Zhao Xijun, associate dean of at Renmin University of China's School of Finance.

In an uncertain international environment, indicators that are set up in advance don't work, wrote Chen Yuyu, director at Peking University's Institute of Economic Policy Research. China's economic growth depends on other countries too, Chen added. And no one knows yet how fast the epidemic can be controlled around the world.

China still needs to prepare for adverse impacts on trade and investor sentiments this year, but that doesn't mean sticking to the usual targets, said Chen.

The Two Sessions were postponed due to the pandemic so choosing a GDP target now would have little practical significance, said Zhang Liqun, deputy inspector at a macroeconomic bureau under the Development Research Center of the State Council.

The report came with a long list of other types of goals. China aims to achieve stable, better-structured trade, and a basic equilibrium in the balance of payments, according to the report. China also eyes increasing its people's personal income based on economic development.

The country will seek to reduce energy consumption and emissions, the report added.

China will also pursue a prudent monetary policy in a more flexible way.