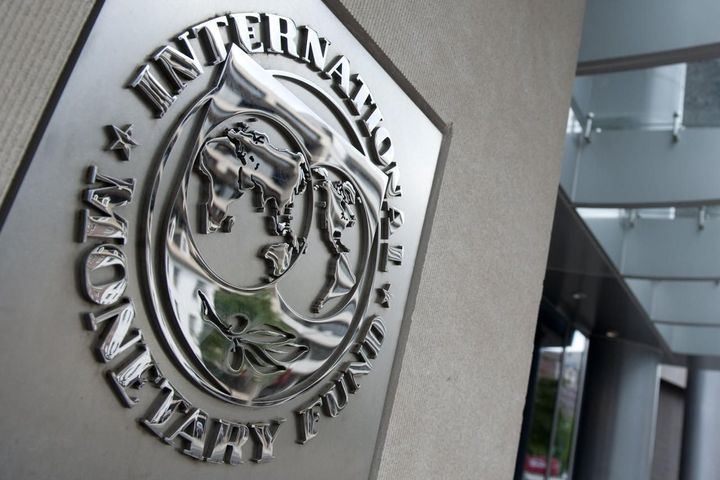 (Yicai Global) Oct. 24 -- The International Monetary Fund (IMF) is one of several international organizations to raise forecasts for China's economic growth this year. It upgraded the country's growth outlook by 0.1 percentage point to 6.8 percent and 6.5 percent for 2017 and 2018, respectively, indicating that the world's second largest economy could exceed its 6.5 percent gross domestic product (GDP) growth target set for this year.

Zhang Longmei, deputy to the IMF's senior representative in China, Alfred Schipke, elaborated on the reasons for the decision in an interview with Yicai Global.

"China's exports increased this year driven by the recovering global economy. The country has also made some headway in driving a transition from export-reliant growth to a consumption-driven model through the implementation of the supply-side structural reform," Zhang said, predicting that consumption and the services industry will continue to be key growth drivers, and that if China can further reduce reliance on lending expansion, it will be able to maintain sustainable growth over the medium term without it leading to too much debt.

Final consumption expenditure contributed 64.5 percent to total GDP growth in the first three quarters, up 2.8 percentage points on the year. Services' contribution reached 53 percent in the same period. "In developed countries in the West, this figure is between 70 to 80 percent, and China will reach a similar level in the foreseeable future," Zhang added.

The IMF also believes that the supply-side reform has played an important role in stimulating GDP growth and improving profitability in the corporate sector. Energy consumption per unit of GDP fell by 3.8 percent in the first three quarters, and industrial enterprises saw a CNY0.12 (USD0.02) reduction in costs per CNY100 (USD15.08) core business income over the first eight months. This means that the supply-side reform initiative has started to bear fruit -- that is, the 'reform dividends' are being delivered. This, paired with a stronger-than-expected pickup in corporate profits, will provide a solid foundation for the stabilization of long-term economic growth.

"Studies show that every unit of GDP growth in China required one unit of credit input before the financial crisis, but it now requires four units of credit input. If the economy's reliance on lending continues to increase, it may put the country at serious risk over the longer term. Statistics suggest that China's credit gap has narrowed, but there's still room for improvement," Zhang said.

China has also made headway with its financial deleveraging drive, she added. "In future, the priority should be to deleverage in the enterprise sector, especially among state-owned enterprises. Financial leverage among private companies is actually low relative to the national GDP, but SOEs have been a drag on the overall return on equity."

Furthermore, while eliminating 'zombie businesses', the government should budget a certain amount of money to fund re-employment arrangements for workers affected, as it will help minimize the negative effects, the IMF suggested.