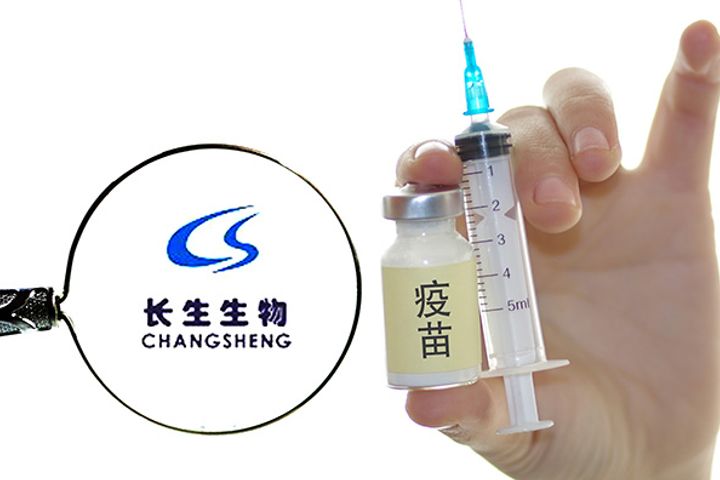 (Yicai Global) July 23 -- The case of Changsheng Bio-technology, the rabies vaccine maker that lost its pharma license after faking production data, has brought scrutiny on the abnormally high sales costs that many of China's largest drugmakers incur each year.

Changsheng Bio-technology ran up a sales expenditure of CNY583 million (USD86 million) last year, one-and-a-half times higher than the year before, despite only having 25 dedicated sales staff on its books. The Changchun-based firm attributed the significant increase to changes to its marketing model following new vaccine distribution regulations in 2016. The rules led to more promotional, services and conference fees.

Promotion and service fees made up a little over three-quarters of the firm's sales expenditure at CNY442 million last year, according to Changsheng's financial statement.

"This kind of sales cost is almost an unspoken rule in the industry," an insider told Yicai Global. "Previously vaccine sales involved several intermediate channels such as dealers or agents in the distribution and end-user sales process."

"Changsheng did not need to manage these intermediary channels previously, it would sell, for example, its vaccines at CNY80 (USD12) apiece and the primary intermediaries then sold them at CNY100 apiece. Secondary dealers would then pass them on for CNY120 apiece before they finally reached users such as centers for disease control at CNY200 apiece," he added. "Changsheng generated revenue of CNY80 for each sold, while distributor sales were handled by dealers."

China introduced new regulations in 2016 after a scandal regarding the unsafe transportation methods used by vaccine distributors.  The state implemented a 'one-invoice system' for vaccine makers, requiring them to issue only one value-added tax invoice to county-level centers for disease control, the main end-user segment. Authorities aimed to cut out the use of intermediary channels through the move.

"However, in fact, the previous intermediaries are still there, and costs for CDC interests, and other kinds of expenses, either directly or implicitly are still incurred," an industry insider said. "The difference is that the sales expenses are now directly reflected in the account books which resulted in Changsheng directly invoicing CDCs at CNY200 apiece."

"The previous CNY120 apiece [price difference] given to intermediate channels is contained in Changsheng's invoice, but it still returns to the dealers," the industry insider added.

China's vaccine market is a billion-yuan market with various purchase orders coming from CDCs and grassroots health centers. There have been a large number of vaccine-related corruption cases. In addition to bribery in research and development and production processes, corruption cases at grassroots CDCs and health centers account for more than half of vaccine-related graft cases. The most commonly seen method is dealers bribing grassroots CDCs to gain orders.

Changsheng is not alone in posting abnormally high sales expenditure, nor is the practice limited to the vaccine sector. Both vaccine and non-vaccine pharmaceutical firms including Kangtai Biological Products, and Changchun High & New Technology Industries Group incurred high sales costs, which made up more than half of respective operating costs. Among them, Kangtai's operating costs hit CNY615 million, of which 53 percent was categorized as sales expenditure.

Costs and technical barriers associated with China's vaccine sector are extremely low compared with other biopharma segments, and producers with sales channels enjoy high returns. However, the industry requires extremely strict quality control, the insider added, emphasizing the potential harm it can cause the general public.