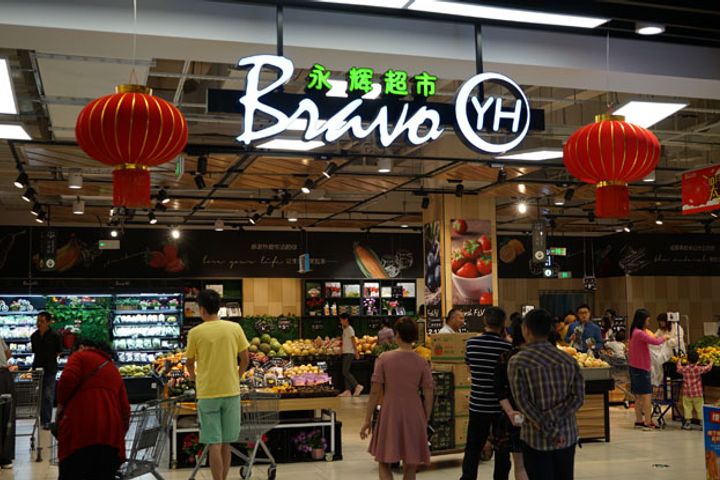 Yonghui Superstores' brother founders Zhang Xuansong and Zhang Xuanning terminated their concerted action agreement and the firm will have no controlling shareholder and actual controller, per their statements.

Zhang Xuansong and Zhang Xuanning signed a shareholders' agreement on March 10, 2010, which they renewed for three years on Dec. 14, 2013. That agreement expired in December 2016 and they have not renewed it since because of their disagreement.

Zhang Xuansong is the firm's chairman and Zhang Xuanning is vice chairman. The company is likely to have a rotating chairman based on  its corporate governance documents because it will have no controlling shareholder and no actual controller. The rotating chairman's term of office is up to one year, but each can be reelected afterwards.

Yonghui Yunchuang Technology is an online business that has aroused great market expectations. Tencent participated in its capital increase in January, contributing  CNY956 million to become its second-largest shareholder with a 15 percent stake. Yonghui Superstores' investment in Yonghui Yunchuang Technology totals CNY582.5 million, making up 46.6 percent of its shares.

Yonghui  Superstores plans to transfer a 20 percent stake in Yonghui Yunchuang Technology to Zhang Xuanning. After the transfer, Zhang Xuanning will  become Yonghui Yunchuang Technology's largest shareholder with his proportion  rising to 29.6 percent from 9.6 percent; Yonghui Superstores will be the  second-largest, with its slice shrinking to 26.6 percent from 46.6  percent, while Tencent will be third-largest.

"I disagree with Chief Executive Zhang Xuanning about Super Species. He prefers offline catering, but I focus on online sales and door-to-door delivery," Zhang Xuansong said at a shareholders' meeting in June, per media reports.