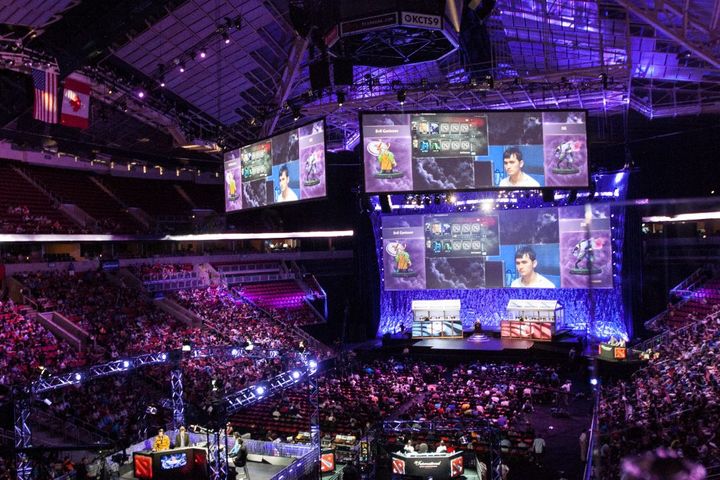 (Yicai Global) Nov. 22 -- Actual sales of competitive video gaming, or e-sports, hit CNY36 billion (USD5.4 billion) in China during the first half of this year, with full-year expectations at CNY90 billion.

Driven by explosive growth of the industry worldwide and favorable policies in China, the domestic industry is on track to become a CNY100 billion market, state-owned news agency Xinhua reported yesterday.

The industry was worth CNY50.4 billion over the whole of last year, up 34.7 percent, according to a report by the China Game Industry Group Committee and CNG Games Research Center. E-sports revenues soared 43.2 percent in the first half of this year, making up 36 percent of total sales in the gaming industry, the report added.

The International Olympic Committee recognized e-sports as an actual sport during its recent Sixth Session, as their popularity in China soars to an unprecedented level.

The Chinese government began rolling out policies to encourage competitive video gaming last year, and a number of departments have introduced similar policies.

E-sports' influence skyrocketed this year thanks to online media coverage. As many as 15 million people watched King Pro League 2.1 billion times during the spring season and League of Legends finals were a major hit.

A core aspect of China's mobile gaming industry, e-sports can help platforms attract users and improve their competitiveness, and they can be easily monetized, said Dong Zhen, a senior analyst at data analytics firm Analysis Corporate. Another market research agency, Penguin Intelligence, forecast that businesses focused on e-sports, such as copyright distribution and merchandise, will become market highlights in the future.