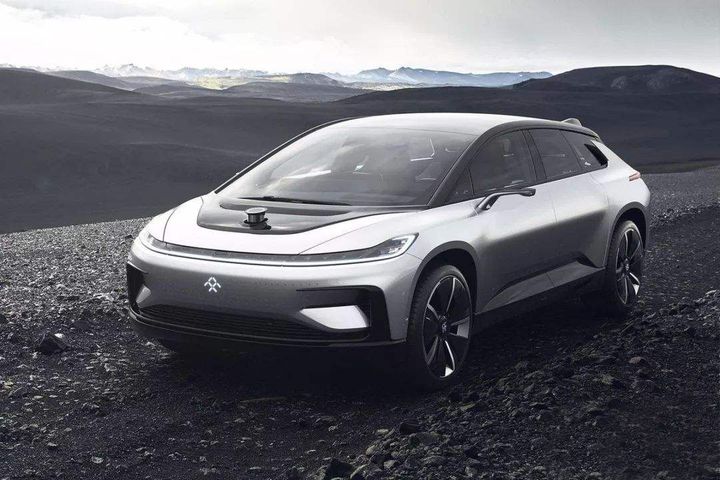 Faraday Future's FF91 Could Be World's Most Expensive NEV

(Yicai Global) Feb. 27 -- The first batch of FF91 new-energy vehicles made by Jia Yueting's Faraday & Future Inc. could hit the sales floor this year as the world's most expensive plug-in,  priced at CNY2 million (USD317,500) at mainland dealerships.

US-based Faraday held a supplier conference in the States with over 200 attendees before the Chinese New Year in mid-February, Beijing Business Today reported. A Faraday partner said at the event that the FF91 will be more powerful than a Tesla and compare with the likes of Bentley and Rolls-Royce in terms of interior design and equipment. The car will sell for USD250,000 in its country of origin.

High-end NEVs are rising to prominence in the global auto market as many nations look to end fuel-powered vehicle production. Some of the world's top carmakers, including Daimler AG's Mercedes-Benz, which became the first brand to sell more than 600,000 cars in a single market (China) last year, are pouring money into plug-in vehicles as they capture a larger and larger share of the sector. Tesla's Model S, priced at over CNY1 million, outsold the BMW 7 Series and Mercedes S-Class in Europe last year.

Jia also used the conference to confirm speculation that the company had secured a USD1.5-billion lifeline.

The embattled entrepreneur fled to the US in July after racking up billions in debt at his over-stretched conglomerate LeEco, resigning as chairman of its listed arm Leshi Internet and Information Technology Corp. and leaving Sun Hongbin, chairman of major property developer and key investor Sunac China Holdings Ltd., to take the reins.

Jia said early last month that he was entrusting his wife and brother with handling, as he termed it, the "debt crisis" at Leshi Internet. It was his first public statement after the Beijing branch of the securities regulator ordered him back to China before Dec. 31. He did not return.