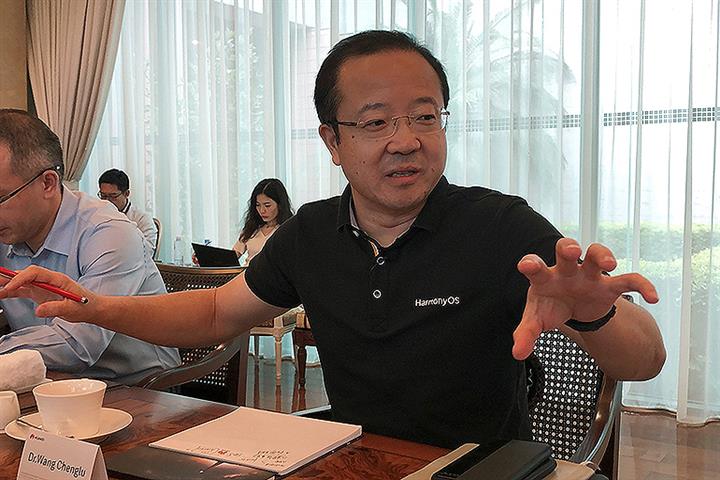 (Yicai Global) May 24 -- The creator and head of HarmonyOS, Huawei Technologies’ self-developed operating system, is reported to have departed the Chinese telecoms giant to join a firm in the operating system’s ecological chain in order to broaden its reach.

Wang Chenglu will join Kaihong Digital Industry Development, an internet of things system developer, after working at Huawei for 24 years, The Paper reported yesterday, citing a source. But neither Shenzhen-based Huawei nor Kaihong has confirmed the news yet.

HarmonyOS has been installed on over 220 million Huawei devices since its release in August 2019, the company’s consumer business group head Richard Yu has said, adding that shipments of devices that use its open ecosystem HarmonyOS Connect topped 100 million last year.