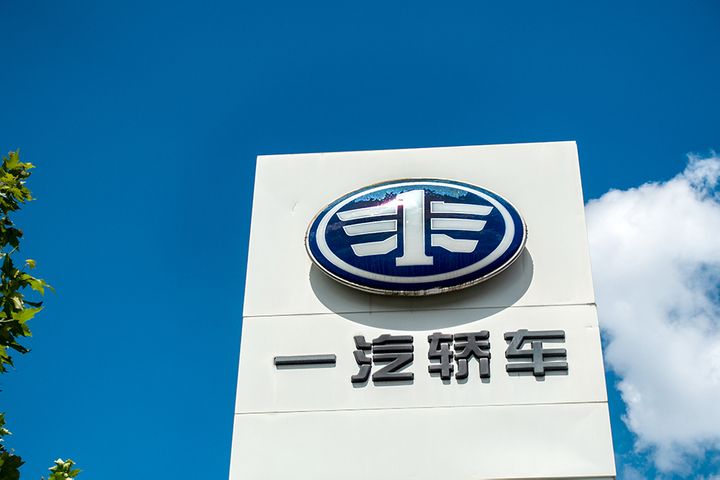 (Yicai Global) April 12 -- Shares in FAW Group's listed arm soared by the maximum allowed after the Chinese auto giant confirmed plans to spin off a unit as a separate commercial vehicle manufacturer.

FAW Car's stock [SHE:000800] surged 9.95 percent to close at CNY9.28 (USD1.38) after the Changchun-based firm unveiled the plan aimed at reducing competition between FAW Group and FAW Car, whose brands include Hongqi, Mazda and Pentium.

FAW Car will transfer all its equity to the parent firm while its car business will go to a new unit, the company said in a statement. The firm will acquire FAW Jiefang Automotive's equity and switch to the development, manufacturing and sales of commercial vehicles.

The move will solve the problem of horizontal competition between FAW Car and FAW Group, Wang Liusheng, an automobile analyst at China Merchants Securities, told the China Securities Journal.

FAW Car can seize on the rapid growth of the commercial vehicle sector via restructuring, Wang said, adding that it could list on one of China's stock markets to greatly boost asset securitization. The move may also be a prelude to FAW Group's overall listing, he added.

FAW Group posted revenue of CNY464.7 billion and net profit of CNY29.5 billion in 2017, bolstered by joint ventures with Volkswagen and Toyota. Its revenue and profit ranked top in the sector.