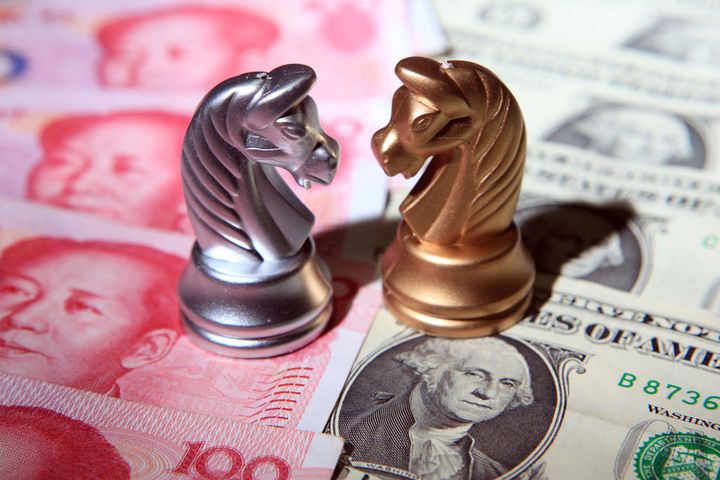 It also marked the biggest overnight rise in 30 days. The yuan closed at 6.7545 yesterday and at 6.7555 at the end of the night session, government data show.

The market generally believes last night's policy statement by the Federal Reserve (Fed) is slightly dovish, though the Fed may start balance sheet unwinding in the next meeting slated for September. The rather tepid statement drove the dollar back into the doldrums, as the greenback index fell to 13-month lows this morning.

The Fed held its monetary course unchanged, in line with expectations. The policymaker said that balance sheet normalization will start "relatively soon," a departure from the Fed's earlier statement that it will start winding down the USD4.5 trillion balance sheet "this year." Many see the changed wording as the most direct hint the central bank will embark on balance sheet unwinding in September.

The Fed cited weak inflation more explicitly this time, pointing to a slower pace of rate hike going forward. "Economic activity has been rising moderately so far this year," the statement said. It expressly noted inflation has been "running below two percent," differing from the "somewhat below two percent" in the June statement. This subtle change in wording may be a sign Fed officials becoming more pessimistic about achieving the two percent target any time soon.

The US unemployment rate has dropped to 4.4 percent, but the average hourly wage only grew by around 2.5 percent. The Fed frets that slackening wage growth may push inflation down even further.

Following outing of the Fed's interest rate decision in July, the chance of a 25-base point rate hike in September has dropped from 7.7 percent to 3 percent. The current market consensus holds if the bank plans to stage another rate hike this year, this will likely be announced at the December meeting. However, the probability of such an upward adjustment only rose slightly from 43.1 percent on Tuesday to 46.8 percent.

The dollar index has slid about four percent in the last 30 days, with the year-to-date fall over 8.5 percent. The index is currently hovering at around 93.50 after recovering from a low of 93.37 following the Fed's statement.