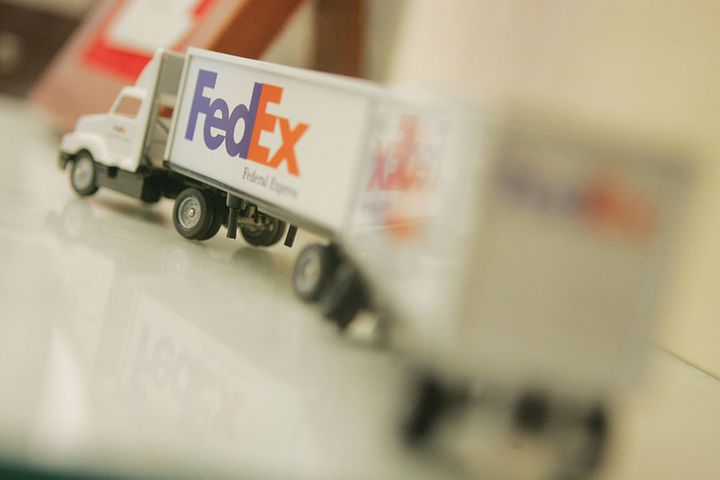 (Yicai Global) July 26 -- US global courier FedEx's characterization of its misdirection of Huawei Technologies' packages to the US as an "operational error" does not accord with the facts, the results of an investigation by Chinese authorities show.

The company also withheld hundreds of the Chinese telecom and smartphone titan's deliveries incoming into China, Xinhua News Agency reported today, citing the investigators, who have also uncovered evidence of other violations of law as their wide-ranging probe continues to unfold, per the report.

FedEx, in the absence of authorization, diverted two packets sent from Huawei's Japan office and addressed to locations in China to the US in May, and tried to redirect another two parcels sent from Vietnam to Huawei affiliates in Singapore and Hong Kong, also to the United States, a logistics tracking log Huawei provided shows.

"We value all of our customers," Memphis, Tennessee-based FedEx said in a statement posted on its account on China's Twitter-like Weibo social media on May 28."They entrust to us more than 15 million packages each day, and we apologize for a small volume of Huawei's parcels being trans-shipped in error. We affirm that no external party directed FedEx to redirect these items, which are currently en route back to their original senders," the statement continued.

Huawei, which is the world's largest supplier of telecom equipment, afterwards filed a formal complaint with Chinese postal regulators, who are currently looking into the matter, the Shenzhen-based firm announced.

The US Commerce Department placed Huawei and 70 other affiliated firms on its 'entity list' on May 15, thus barring them from buying components and relevant technology from US suppliers without authorization from Washington.

The US subsequently delayed implementation of this measure for 90 days on May 20, and it will thus not take effect until mid-August.