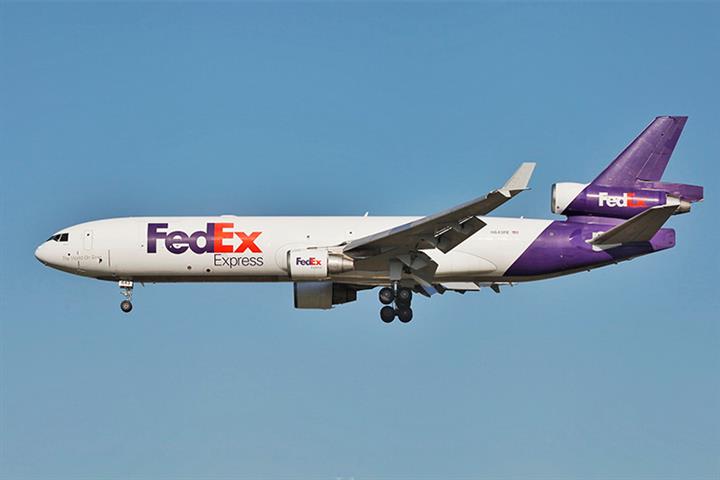 (Yicai Global) July 16 -- International courier FedEx has added a new cargo route from Beijing to Anchorage, in the US state of Alaska, citing its bullish view of the Chinese market.

The new route will double the number of FedEx’s international cargo flights in and out of China’s capital each week, Shanghai Securities News reported yesterday, citing a statement from the Memphis-based company.

The route includes a stopover in Osaka, Japan and connects to FedEx’s SuperHub in Memphis, Tennessee. It will have 12 flights a week in and out of Beijing. FedEx also operates another international freight route in Beijing that links Incheon, South Korea, and Anchorage.

Eddy Chan Ka Leung, FedEx’s China president, said that the Beijing-Anchorage route will boost the firm’s capacity in North China and help lift trade between the North American market and North China as well as the whole of China and the Asia-Pacific region.

Statistics from the General Administration of Customs show that the gross value of China’s international trade reached CNY18.07 trillion (USD2.79 trillion) in the first half of this year, an increase of just over 27 percent from a year earlier.

As of June, China’s imports and exports rose for 13 consecutive months year on year, and they are expected to maintain rapid growth for the whole year, GAC data suggested.