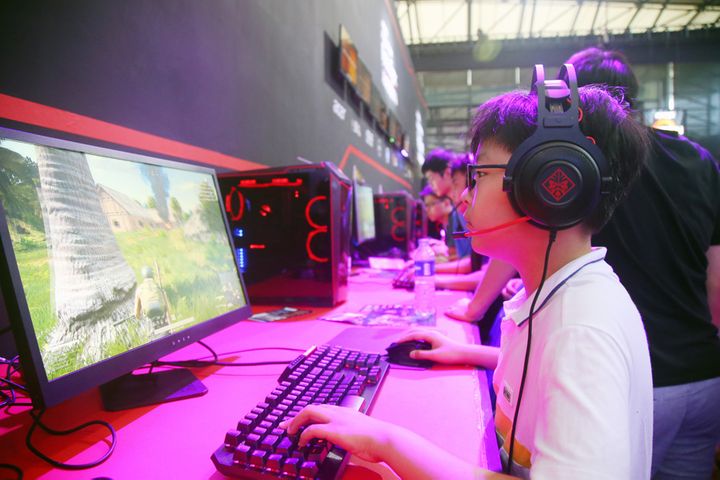 (Yicai Global) May 15 -- Chinese children are starting to play video games from a younger age, according to new findings.

Some 18.2 percent of all youngsters in China take to online gaming at the age of nine, the China Consumers' Association said in a report released today. Some 32.2 percent of primary school kids have their first contact with such games at the age of nine, while the first peak for junior and high school students is relatively late, at about 12 and 13 years old.

China started to crack down on its video-gaming sector, the world's largest, last summer because of concerns about the length of time minors, some of whom have become addicted, are spending playing video games. Gaming revenues jumped almost 29 percent last year to USD15.38 billion despite a freeze on game licensing, according to market research and consulting firm Niko Partners.

According to the CCA's survey, 69.7 percent of teenage respondents believed that online games have an equal amount of positive and negative impact, with 41.7 percent admitting a lack of self-discipline when playing. Nineteen percent admitted to having an all-night game experience, and this proportion increases significantly with age, rising to 26.1 percent for senior high schoolers.

The CCA also looked at the top 50 mobile game downloads. Just 17 of them asked for real-name registration, less than 40 percent of the total, and six of them did not have play-time limits and a force-quit mechanism for adolescents. This shows that the sector still lacks anti-addiction measures for teenagers, the association said.

Teenagers lack self-control, so if games do not provide a technical means to supervise young gamers, parents will face difficulties managing their children's gaming time, the CCA said, suggesting that China should improve laws and regulations on real-name registration and game-ratings, and strengthen the oversight of developers.