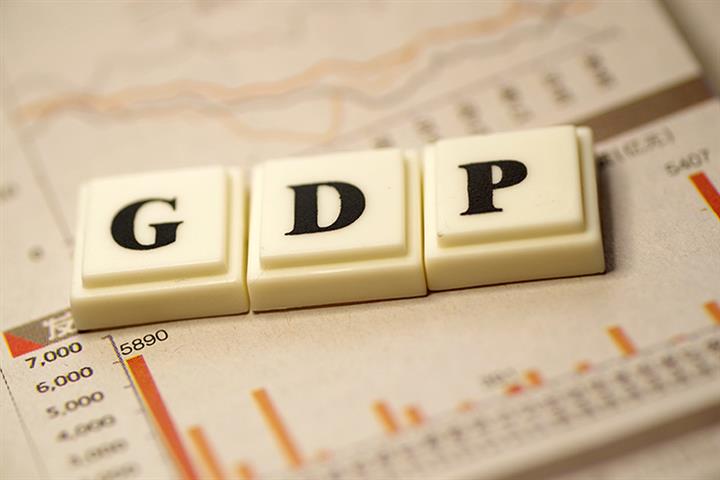 (Yicai Global) July 7 -- Financial institutions have been raising their forecasts for growth in China’s second-quarter and annual gross domestic product, with almost all predicting a more robust full-year expansion than the International Monetary Fund, after the economy staged a strong recovery in the second quarter.

J.P. Morgan China recently raised its prediction for 2020 from 1.3 percent to 2 percent even as growth in the rest of the world has essentially declined, Zhu Haibin, its chief China economist, said at a seminar organized by the IMF, Yicai Research Institute, Yicai Global and the Shanghai Advanced Institute of Finance on July 3.

Wang Qing, president and chief economist of Shanghai Chongyang Investment, believes that in the two to three years before the Covid-19 outbreak, China paid attention to preventing and resolving financial risks and deleveraging.

“The epidemic has interrupted and delayed the upward trend of China’s economy, so the subsequent V-shaped rebound and recovery may be more robust than forecast,” he said.

The rapid V-shaped bounce may be over, and the future economic recovery may be moderate, Wu Ge, chief economist of Changjiang Securities, told the seminar. Taking the recovery after previous global pandemics as an example, he said the uptick in consumption will pause for a while, and the entire revival period may last up to a year.

Though the US dollar’s hegemony is further highlighted by a greenback shortage, the interest rate of the 10-year US Treasury bond touched a new low of 0.32 percent in March, said Huang Haizhou, managing director of China International Capital, adding that US quantitative easing and additional currency issuance pose a long-term challenge to the dollar’s status.

Also speaking at the seminar, Zhang Chun, executive dean of the Shanghai Advanced Institute of Finance, said that because of the link between the Hong Kong dollar and the US dollar, the offshore Chinese yuan market cannot rely entirely on Hong Kong. He suggested that Shanghai establish a high-end financial market system similar to that of Hong Kong as well as a yuan-denominated system.