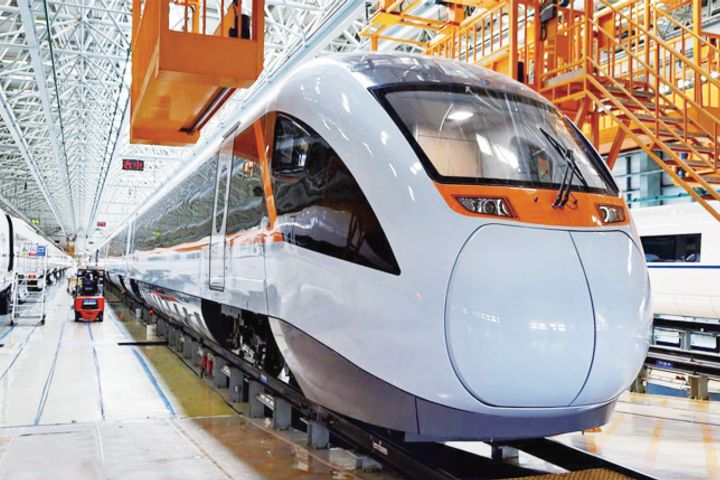 It features a dual power supply system that allows the train to shift energy source between the grid and batteries, making it the first inter-city train of its type in China, reported China National Radio on its website. The train can run more than 200 kilometers in the off-grid mode.

It is powered by the grid under normal circumstances and uses batteries when power is unavailable, meaning that it can operate across different track systems. Its top speed is 160 kilometers per hour.

The dual-power technology enables the train to travel on inter-city railways and urban light rail networks. It also makes it possible for the train to operate under extreme weather conditions such as sand storm and alpine areas. It is suitable for operating in nature reserves, tourist attractions and other places that are inaccessible to the grid.

Furthermore, the report said, some countries along the Belt and Road are still using single track railways with complicated signal systems for both passengers and freights. The new inter-city train powered by the grid and batteries can improve rail transport services in those countries without constructing new railways or changing the existing signal systems.