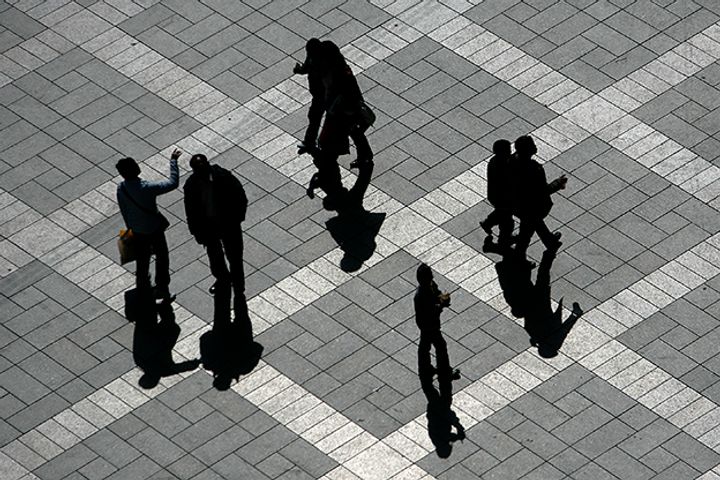 (Yicai Global) June 5 -- The rate of natural population growth is steadily slowing, but the pace of concentration of China's masses in metropolises is gathering no moss.

By sorting through last year's resident demographic data for 33 major cities, Yicai Global has determined the populations of 13 cities rose by over 100,000 new residents, with six having populace increases of over 200,000 -- two more than the year before.Shenzhen, Guangzhou, Hangzhou, Changsha and Chongqing had the largest rises in headcounts for the year. Shenzhen registered an increase of up to 550,800 per year for a growth rate of 4.6 percent.

Shenzhen and Guangzhou in the Pearl River Estuary Metropolitan Region in South China continued to lead the list in net population growth among major cities.

The number of permanent residents of the two Guangdong-province megacities has shot up over the past three years. The annual increment of residents from 2015 to 2017 was 600,000, 530,000 and 550,800 in Shenzhen, while Guangzhou's stood at 420,600, 542,400 and 454,900, respectively, highlighting the continuing migratory magnetism the Pearl River estuary exerts -- Guangzhou and Shenzhen above all.

The performance of Hangzhou's new economy has been scintillating in recent years. The new entity economy and strategic emerging industry represented by Alibaba Group Holding and its affiliate Ant Financial, both of which are based in town, have largely driven the local economy's upgrade and transformation. The information economy in the leafy lakeside city -- capital of affluent Zhejiang province -- has grown over 20 percent for three straight years to become the main engine of its economic growth and has catalyzed a rapid population inflow.

Changsha, Chongqing and the northern urban center of Xi'an also saw a population growth of over 200,000 last year, with Changsha ballooning at that rate for two years in a row.

Changsha's flagship industries of industrial equipment manufacturing, cultural, pharmaceutical and automobile sectors have fired rapid growth of the regional economy. Booming industry has lured many to the Hunan provincial capital and induced the return of its natives from coastal areas .

Foshan and Zhengzhou -- the latter also in the north -- last year also drew in 150,000 migrants to rank them seventh and eighth, respectively. Foshan tallied a rise in population of up to 194,000 last year, surpassing Wuhan, Chengdu and other large cities in the central and western regions to become another key population influx hotspot in the Pearl River estuary region.

The population and economic growth rates of southern cities are much higher than northern ones'.

For example, among the top 10 cities with the highest population grow, apart from the two central cities of Xi'an and Zhengzhou, the other eight are all in the South and include Guangzhou, Shenzhen and Foshan in the Pearl River Estuary region, Hangzhou and Ningbo in the Yangtze River Estuary region, and Changsha, Chongqing and Chengdu in the upper and middle reaches of the Yangtze River.

Population increases closely correlate with the development of regional economies. The gap between the economic growth rates of North and South China widened from 0.6 percentage points in 2013 to 1.4 percentage points last year, when South China's gross domestic product of CNY52.50 trillion made up 61 percent of the country's total -- an apex since 1980 -- while the proportion of the northern region fell to about 39 percent, as Du Ying, consultant to the State Council and former deputy director of the National Development and Reform Commission, noted at a forum in early April.

Corresponding to slower regional economic development in the North, the progress of city innovation and entrepreneurship clearly also trails the South. Of the top 10 cities listed in the Ranking of City Innovation and Entrepreneurship Vitality the Standard Ranking City Studies Institute issued May 22, only Beijing, Xi'an and Tianjin lie in the North.