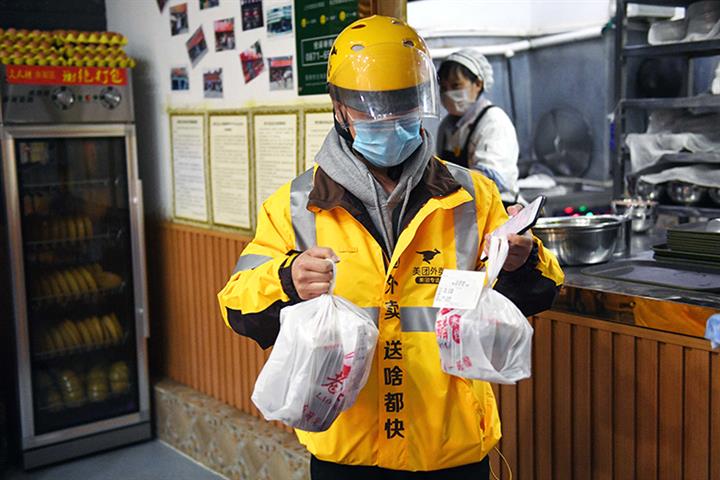 Beijing-based Meituan [HKG: 3690] closed 10.5 percent lower today at HKD300 (USD38.69) after earlier sinking by as much as 13.8 percent. The shares of other tech giants such as Alibaba Group Holding and Tencent Holding also slumped.

The draft anti-trust guidelines the State Administration for Market Regulation published today are intended to tackle the overbearing dominance of some internet-based firms in their respective markets, creating a winner-takes-all dynamic. The new rules are similar to those the watchdog previously issued for the automobile and active pharmaceutical ingredient sectors.

Some e-retailers, for instance, have for a long time asked, even forced, vendors to choose between sites.

“Every platform has required merchants ‘to pick one from two’” in writing, a clothes retailer told Yicai Global, and more recently they have done so by instead speaking with vendors. Multiple sales channels would be the best for shop owners, the person added.

The draft rules come as Meituan is embroiled in a court case with closest rival Ele.me. Ele.me alleges Meituan has been threatening restaurant owners who do not sell their meals only through Meituan’s platform. It is suing on the grounds of unfair competition, commercial bribery and business-related defamation.

But Shanghai-based Ele.me stands accused of similar offences. Twenty restaurant owners in Wenzhou, eastern Zhejiang province, reported the company to the authorities in July for forcing them to sign exclusive agreements that would prevent them from selling food on other platforms.

Meituan too was threatened with legal action by the Guangdong Catering Service Association in April, which called on it to stop restricting restaurants from partnering with other delivery service providers.

These kinds of practices are not just happening in the food delivery sector. E-retailer Aikucun has reported rival Vipshop Holdings to the authorities for forcing vendors to choose between the two platforms. Hundreds of merchants said Vipshop asked them not to trade on both platforms, or face being kicked off Vipshop, operator Shanghai Zhongdan Information Technology said in September.