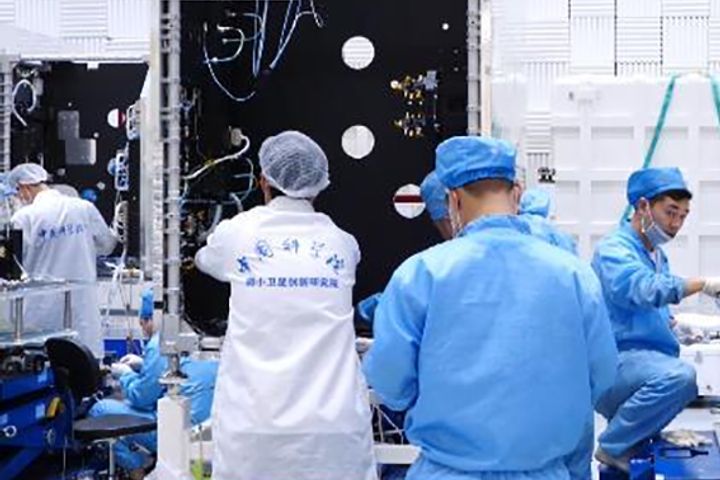 For Chinese Researchers, Mini-Satellites Are Becoming What Drones Are to People

(Yicai Global) Aug. 1 -- An increasing number of Chinese aerospace researchers are choosing mini-satellites as their project focus due to their diverse and easy uses to observe the Earth from space.

Small satellites are useful for navigation, communication and can support remote sensing technologies, such as the Chinese satellite navigation system BeiDou, state broadcaster CCTV reported from the Innovation Academy for Microsatellites at the Chinese Academy of Sciences.

The advantages of small satellites are that they are very flexible, suitable for experiments with new functions and new technologies, and very easy to implement, said Liu Huije, chief engineer of the institute, which has developed more than 30 satellites that weigh less than 1,000 kgs.

"Our research and development missions for the next two years have been fully booked, and more small satellites are expected to enter space," Liang Xuwen, vice president of the innovation lab said.

The institute has created one of China's smallest satellite, with the length of 30 centimeters and weight of 5 kilograms. A small satellite like this can perform observations in the Earth's orbit with a resolution of 100 meters, which is enough to observe a wide range of weather phenomena and ground vegetation growth.