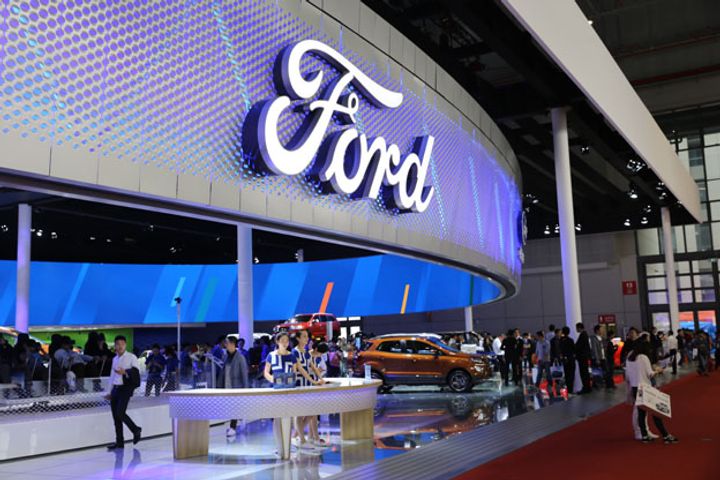 (Yicai Global) Oct. 23 -- Ford Motor's China unit has refuted claims that auto giant is in talks with domestic partner Changan Motor regarding the possibility of raising its stake in their local joint venture.

Ford China referred to reports that it wants to increase its equity in Changan Ford Automobile "to make more money in China" as "untrue" in an official response to Yicai Global today. The original claim was made by Chinese industry news site iAuto Daily, quoting an insider.

The two parties will continue with their commitment to work together to improve the JV's business performance and meet the demands of Chinese consumers, a representative said, adding there were no plans on Ford's side to up its stake.

Changan Automobile and Ford haven't disclosed details of any related negotiations, though previous media reports suggested that Ford Motor may use the introduction of new models as a makeweight for a potential deal.

The development follows BMW's decision to become the first foreign carmaker to take a majority stake in its Chinese joint venture. The German auto giant announced this month that it aims to pay local partner Brilliance China Automotive Holdings EUR3.6 billion (USD4.2 billion) to increase its JV stake by 25 percent to 75 percent by 2022, taking advantage of relaxed ownership restrictions announced earlier this year.

Ford doesn't enjoy as strong a reputation as BMW in China making its JV situation different to that of the German giant.

The China-US trade frictions would also make it harder for Ford to increase its equity ratio in its JV as BMW is preparing to do.