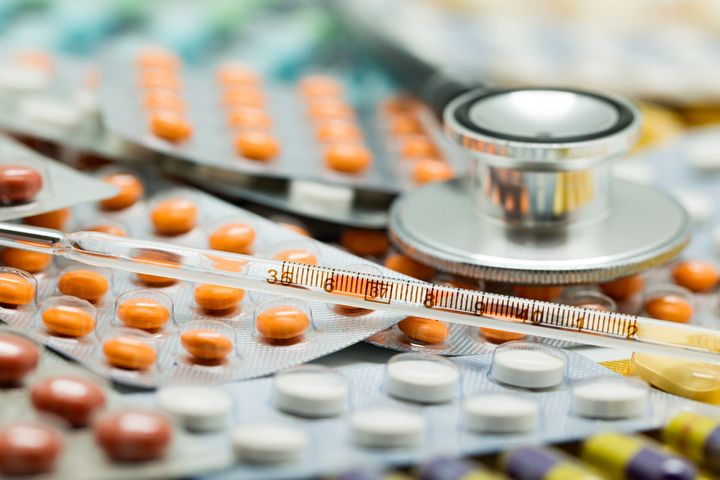 Foreign Pharma Firms Flock to CIIE to Flex Their Formulas

(Yicai Global) Oct. 12 -- As the second-largest pharmaceutical consumer market in the world after the US, China's further opening has lured many multinational medical companies to up their ante in the country and further explore its market.

The First China International Import Expo, which will run in Shanghai from Nov. 5 to Nov. 10, will draw companies from more than 100 countries and regions, including many global medicine mammoths. With the expo now entering its final countdown, multinational medicinal concerns are hard at work on their presentations.

From drugs for orphan diseases to personalized treatment, pharmaceutical companies like France's Sanofi, Swiss Roche Holding, and the US-based Johnson & Johnson will grandstand their latest technology at the fair.

The CIIE will set a key stage for multinational pharmaceutical firms to flex their formulas. These companies hope that the CIIE will further improve their industrial positioning in China.

For years, new drugs have been slow to reach patients, with some superior foreign ones gaining access to the Chinese market only with great difficulty. The lengthy approval process is seen as the root of the problem. The situation has greatly improved, however, as the government is revamping the approval system and spurring innovation of drugs and medical equipment to afford the entire sector unprecedented and historic development opportunities.

As one of the top three multinational pharmaceutical company in China, Sanofi is a leader in chronic diseases and vaccines. The company will focus on three facets at the CIIE, a Sanofi China executive told Yicai Global. The first will be groundbreaking innovative drugs and vaccines undergoing development, especially those for rare and chronic diseases and next-generation vaccines. The second will be innovative integrated medical solutions. The third will be multi-dimensional collaborative projects running the gamut of the entire health ecosystem, Sanofi China told Yicai Global.

An innovative drug Aubagio (teriflunomide tablets) Sanofi developed to treat relapsing remitting multiple sclerosis won approval in China on July 18 and was scheduled to reach Chinese patients in late September. It spent the shortest time appearing on the Chinese market as an orphan drug and broke the record as the quickest new Sanofi drug to come onto the Chinese market.

The medication took such a quick route to market entry because the Chinese government has sped up its examination of orphan drugs as Chinese patients are desperate for treatment. Aubagio will showcase at the 2018 Shanghai CIIE as a new pharmaceutical representative of new disease treatments, Sanofi China said.

UK-Sweden-based AstraZeneca will display its innovative projects in China at the fair and present the public its latest holistic management scheme in the diagnosis and treatment integration and the convenience and effectiveness it brings to the treatment of priority diseases such as tumors and diseases of the respiratory, metabolic and digestive systems, AstraZeneca China said.

The CIIE offers a great platform and opportunities, many multinational pharmaceutical firms said. "The CIIE will increase the exchanges between firms and the government and help the firms improve their industrial positioning. It will also help us better communicate with hospitals to seek the pharmaceutical industry's long-term development through joint efforts," Roche China said.

This first import expo is a significant initiative by China to open its market to the world and facilitate the economic and trading exchanges between countries. Sanofi, one of the first multinational pharmaceutical firms to enter the country, is eager to view the outstanding research and development achievements from all over the world at the CIIE, and is promoting its cooperation with interested parties, said Jean-Christophe Pointeau, Sanofi China's president.

The medical equipment and health care fields have been expanding in China in recent years. The medical equipment market is projected to top CNY770 billion (USD113.4 billion) by 2020, and this will afford a historic opportunity for foreign firms. Johnson & Johnson, for example, founded its first joint venture Xi'an Janssen in the country in 1985, and it now spans the consumer product, pharmacy and medical equipment sectors.

After founding such centers in London, California and Boston, the company set up its first Asia Pacific innovation hub in Shanghai in 2014 to meet the unique demands of China's health care sector, improve local R&D capacity and promote its external collaboration. The company is also preparing its largest pharmaceutical production base in Xi'an, capital of northwestern Shaanxi province.

Johnson & Johnson will continue to raise its investment in China and innovative R&D, support the construction of a pharmaceutical innovation ecosystem and meet the increasing medical and health demands in China, the Asia Pacific and all over the world, Vladimir Makatsaria, Johnson & Johnson China chairman, told Yicai Global.

China heads the ranks of AstraZeneca's global emerging markets. The firm expects to release two major products in China per year on average over the next five years, it said.