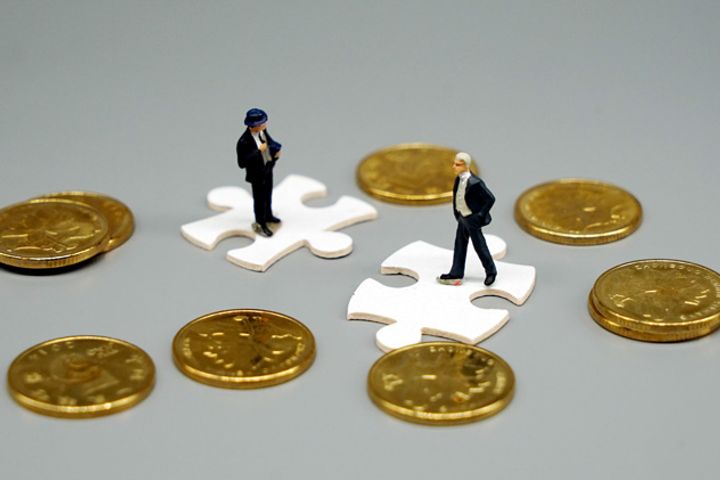 (Yicai Global) July 2 -- An array of foreign companies recently filed applications with the China Securities Regulatory Commission for a controlling stake in their joint-venture securities units as the Chinese government eases its curbs on shareholding by foreign capital in securities firms.

On the list are the United Bank of Switzerland, Nomura Securities and JPMorgan Chase, which have successively submitted their applications to CSRC. They expect to raise their position from an ordinary shareholder to a dominant one with a 51 percent controlling interest in the joint-venture securities firm they support through the formation of foreign-invested securities companies.

"The UBS group will show less hesitation about investment of capital and resources with a stronger sense of ownership given a 51 percent stake in its joint-venture securities firm. We look forward to complete deregulation here by the Chinese authorities. Of course, we will still highly value our relationship with the existing cooperative shareholders," Qian Yujun, president of UBS China and general manager of UBS Securities, told Yicai Global at a recent financial development forum.

Thus, if UBS were to up its stake to 51 percent in the future, this would not actually change UBS Securities business much. More likely, "psychologically, UBS would have a greater sense of ownership of us [UBS Securities], and the interests of the group and UBS Securities and UBS China would be more consistent," Qian said.

Unlike most joint venture securities firms which initially have only investment banking qualifications, UBS Securities has a full banking license. "After nearly two years [from its establishment] of negotiations, it was finally approved by the State Council in 2006. UBS China ran a fully-licensed domestic investment bank as a foreign company, which was unparalleled at the time," said Qian.

A more complete license is what joint venture securities firms have been hoping for. For most domestic brokers, A-share brokerage and proprietary businesses are their meat and potatoes, the basis for their very survival. Policy restrictions, however, cause most to still rely mainly on investment banking since they cannot engage in A-share brokerage and proprietary business.

The single-business structure makes joint venture securities firms extremely vulnerable to policy risks. For example, due to the downturn in the secondary market in 2012, CSRC slowed the pace of its approvals of initial public offerings. The performance of some joint venture brokers, which mainly focus on investment banking business, immediately fell sharply as a result.

Joint-venture securities firms are interested in the Shanghai/Shenzhen-Hong Kong Stock Connect, Bond Connect and overseas listing of Chinese enterprises. In addition, the recent trend of unicorn tech companies returning to the A-share market and the pilot listing of new economy enterprises in it will also form the focus of their future business.

Several foreign-funded securities brokers are already preparing for the Shanghai-London Stock Connect, aiming to play an active part when it opens to the market this year, Yicai Global has learned.

"The Shanghai-London Stock Connect will likely open this year, with the participation of several Chinese and foreign brokers," said Qian. "In addition to the market-making business, it also involves listing Chinese companies in London," he added.

This is an opportunity for foreign securities firms to provide new economy companies with underwriting for listing at home and abroad, Qian told Yicai Global. "After China Depositary Receipts allowed listing in China and domestic unicorns have gotten IPO approvals, high-quality enterprises will be encouraged to go public in the domestic market, rather than listing overseas after the VIE [variable interest entity] structure is formed," he added.

Modeled on American Depositary Receipts, which originated in the US in the 1920s, CDRs let companies set the conversion rate between the depositary receipts and their foreign-traded shares, as some shares are held by a custodian bank, which sells them on an overseas exchange. A VIE is a legal business format where an investor has a controlling interest without majority voting rights; or a structure involving equity investors that lack sufficient resources to support a business' operating needs.