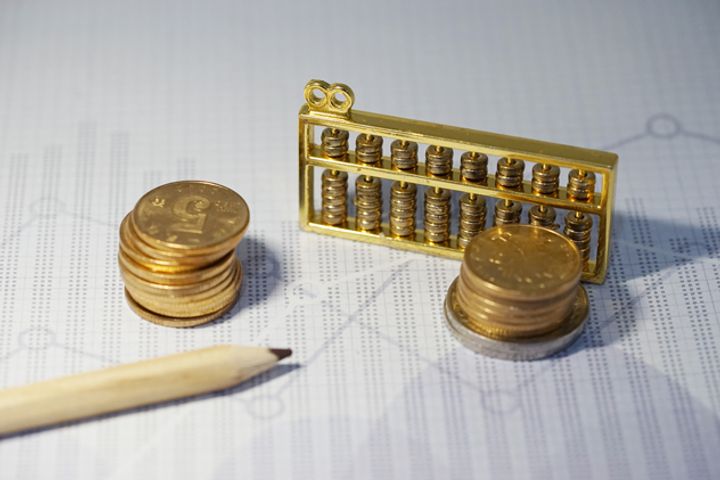 Standard Chartered expects that foreign entities' new investments will amount to CNY800 billion or CNY1 trillion (USD148 billion) this year, which would mean that China could overtake Japan to become the world's second-largest bond market.

China's gross domestic product exceeded CNY90 trillion (USD13.3 billion) for the first time in 2018. The country must continue to pursue investments along the Belt and Road, widen imports, promote trade liberalization and economic globalization, as well as expand production and optimize growth. In the process, the renminbi will continue to enhance its influence, and its leverage as a global currency reserve will gradually increase.

China's balance of payments has undergone tremendous changes amid further increases in overseas investments and imports. The country experienced a current account deficit for the first time in 17 years in 2018. A long-term deficit in the balance of payments would put a great depreciation pressure on a country's currency. For the Chinese yuan, the stability of the exchange rate would not only affect its internationalization process, but also influence the domestic monetary policy.

Fortunately, China achieved a balance of payments surplus last year while relying on the surplus of the capital account and financial account. This suggests that the opening-up of China's capital markets, especially involving bonds, is indispensable. Domestic capital outflows totaled USD144 billion in the first half of last year, while inflows via capital markets were over one half of that at USD79 billion, most of which was put into bonds. Opening-up of the bond market played an important role in balancing these capital flows, and indirectly became an anchor for the stability of the redback's exchange rate.

Standard Chartered believes that overseas investors will gather pace to enter the Chinese bond markets due to three reasons. First, the risk correlation between Chinese bonds and developed market bonds is low, which may help in terms of hedging. The yield of Chinese bonds is also quite attractive in comparison to those in developed markets. Moreover, China is the world's largest emerging economy, and the infrastructure of its capital market is improving, which makes it the best choice for overseas investors who want to participate in emerging markets.

China's bond market will be included into three major global bond indices -- the Bloomberg Barclays Global Aggregate Bond Index, the JPMorgan Emerging Market Bond Index and the FTSE World Government Bond Index, which means that overseas inflows of passive funds will continue to balance China's possible current account deficit. This may maintain China's balance of payments surplus, which would also provide reliable support for the stability of the redback's exchange rate, while sustaining the healthy and stable development of the Chinese economy.

Yuan-denominated government and policy financial bonds will be added to the Bloomberg Barclays Global Aggregate Index starting from April, while by November 2020, the weighting will be lifted to 6.03 percent. The JPMorgan Emerging Market Bond Index and the FTSE World Government Bond Index are expected to include Chinese debt instruments in their benchmarks by 2020.

What Do Overseas Investors Expect from China's Bond Market?

The international investors are becoming increasingly glad to see transparency and flexibility in China's policies, which can improve confidence despite the ups and downs that impact economic growth around the world. Clearer changes to foreign exchange and tax policies are also improving sentiment among foreign investors.

But they are also looking for further improvements in infrastructure. They are concerned about whether they can hedge against the exchange rate in the onshore yuan, which is very important to risk management, and are anxious about the liquidity of bonds -- particularly in previously issued notes, whose liquidity varies considerably when compared with new bonds.

The internationalization of bond-rating standards is also an issue as major rating agencies in China's bond market are all Chinese. Overseas investors' main targets are government bonds, policy financial bonds and interbank negotiable certificates of deposit -- they invest less in credit bonds.

While credit debt is a crucial part of real economy support, internationalized standards can help more high-quality private companies raise money in the bond market, thereby expanding the domestic credit sector to meet the needs of domestic and foreign investors.

We are glad to see that the People's Bank of China recently announced that US-based Standards & Poor would be allowed to rate bonds in China, which is conducive to helping international investors allocate and diversify yuan-denominated assets and reflects the acceleration of China's financial opening up.

This deeper opening is of great significance to China's overall economy. We look forward to working with all parties and regulators and seizing this historic opportunity of rapid development to further improve the bond market.