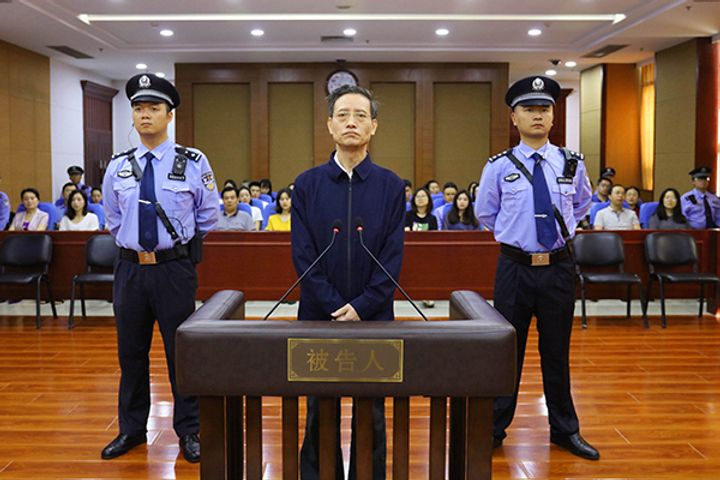 Wang's illegal gains will be retrieved and turned in to the national treasury. He was also fined 1 million yuan, according to a statement by the Intermediate People's Court of Fuzhou, in Fujian Province.

The court found that between 2006 and 2016, Wang took advantage of his positions at PICC and its subsidiary to seek illegal benefits by helping others obtain contracts, secure promotions, or seek jobs.

Wang accepted gifts and money worth over 8.7 million yuan, either directly or through relatives, the statement said.

It said the court handed down the sentence while considering the fact that Wang confessed to his crimes, showed repentance, and was cooperative in returning all his illegal gains.

Wang pleaded guilty at the court and said he would not appeal against the conviction.

Wang was placed under investigation for "suspected serious disciplinary violation" by the Central Commission for Discipline Inspection of the Communist Party of China in February 2017.