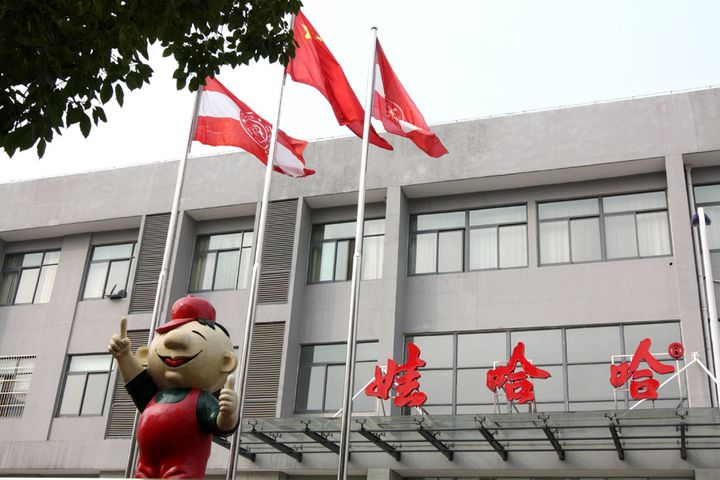 Wahaha Group founder Kelly Zong, Zong Qinghou in Chinese, is the new firm's ultimate beneficiary and board chairman with a 52.15 percent share. The new company's business scope is research, development, production and sale of smart robots, production equipment and parts.

Wahaha, which formed in 1987, has ranked first in China's beverage field for 11 straight years in both sales revenue and profits.

The firm's operating revenue peaked at CNY78.3 billion (USD11.7 billion) in 2013 but plunged 42 percent in the ensuing three years as rivals ate into its market share.

Zong initiated a diversification strategy in 2010 and the firm sampled milk powder, liquor and spirits, luxury goods and commercial real estate for several years but to no avail.

Wahaha had moved into robotics and was working with an Israeli university and the Chinese Academy of Sciences to research and develop core robot parts, Zong announced in March 2017.

The group funded and built an artificial intelligence research center in Israel in September.