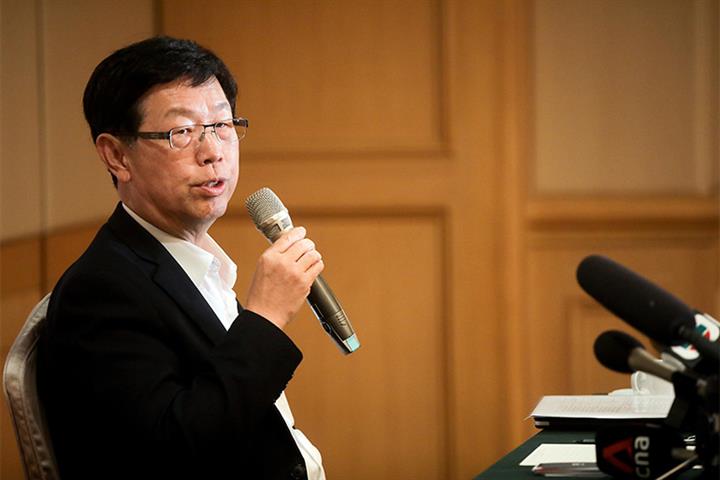 (Yicai Global) July 23 -- Record rainfall in the Chinese city of Zhengzhou will have little affect on the performance of Hon Hai Precision Industry this year, according to its chairman.

The outlook for the world’s largest contract electronics maker, better known as Foxconn, in the second half of the year is optimistic, the Paper cited Liu as saying at a general meeting of shareholders today.

Taipei-based Foxconn has 90 production lines and around 350,000 workers at three plants in Zhengzhou, where about half of the world’s iPhones are made. The city, capital of China’s central Henan province, has been hard-hit in recent days by torrential rains that have caused 25 deaths and severe flooding.

In response to the disaster, Foxconn triggered countermeasures on July 21. Its personnel in Zhengzhou are safe at present. The group will adjust its operations according to the flood conditions, the company said.

The Paper also reported today that Foxconn’s plant in Zhengzhou’s Zhongmu county was the worst hit, and it has halted operations since July 20.

The water in the plant area is deep; there is no electricity, no network, and the mobile phone signal is very weak. The plant’s equipment remains under water, the report said, citing the brother of a worker.

Employees at the Zhongmu plant were trapped in their dormitory, without mobile phone signals, water or electricity, a family member of another staffer said in a ‘help’ message posted online on July 21.

Industrial Internet, a Shanghai-listed unit of Foxconn, announced on July 21 that it would donate CNY100 million (USD15.45 million) to the disaster-stricken area on behalf of its parent company for disaster relief and recovery.