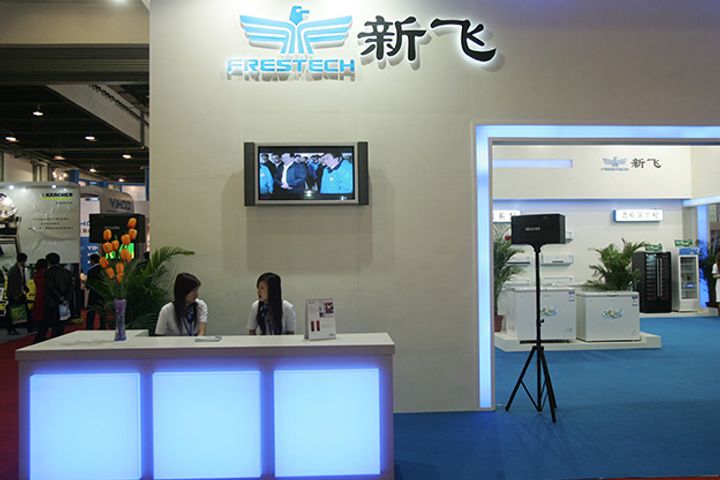 (Yicai Global) June 12 -- All the equities of Henan Xinfei Electric (Frestech) and its affiliated companies Henan Xinfei Household Appliance and Henan Xinfei Refrigeration Appliances will go up for public auction by a Chinese court online from June 28 to 29.

The land, properties and buildings of Frestech unit Xinfei Electronics will also be auctioned by July 5 at a starting price of CNY115 million.

All employees of Xinxiang Henan province-based Frestech will be discharged pursuant to the bankruptcy. They are legally entitled to receive about CNY158 million in compensation. This company is still burdened with over CNY2.5 billion payables in total, however, whereas its total assets are less than CNY1.1 billion, per the bankruptcy court's valuation, so the prospects of these severance payments eventuating seems dim.

Frestech shut down because of continuing losses and a cash crisis at the start of November but resumed production in February. Hong Leong Asia, its foreign owner, announced its plan to inject CNY1-2 billion into Frestech at that time to transform existing production lines, product research and development, and marketing and advertising.

Founded in 1984, Frestech was a giant in the refrigerator industry at the end of 1990s and the beginning of this century, public materials show. Frestech's fridges claimed more than 19 percent of China's market in 2002, ranking it second in the industry.

Singaporean Zhang Donggui, president of Hong Leong Asia appointed over 400 new executives in a total makeover of Frestech's mid- and high-level management after he took over the company's helm in 2006. Frestech failed to turn the corner, however, but rather became mired in a vicious cycle of debt as the industry transited from an era of unlimited growth to one of vicious competition and overcapacity.

Hong Leong Asia ultimately pulled out from Frestech, leaving the latter exposed to insolvency-driven bankruptcy liquidation. The fall of Frestech, once a top Chinese appliance firm, narrates a cautionary tale on the perils of a foreign stakeholder being unable to generate sufficient positive synergy with a domestic producer to stay afloat in shifting currents.