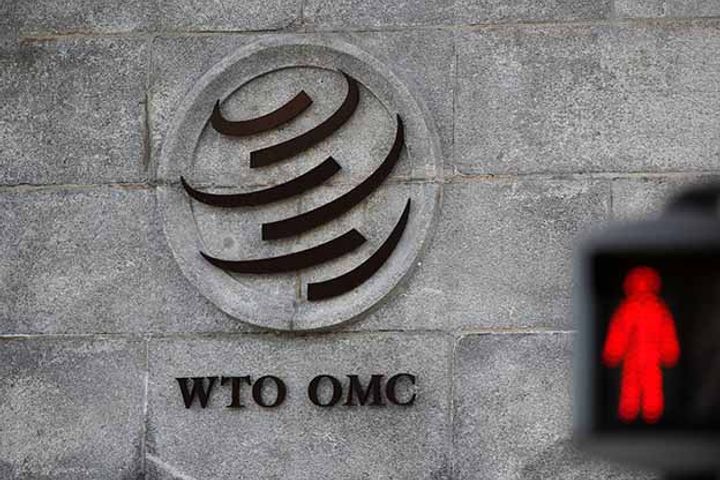 (Yicai Global) Nov. 23 -- The Group of 20 will convene in Buenos Aires, Argentina at the end of this month, and a revival of the global trading system is on the cards.

In his speech at the Paris Conference this month, Director-General Roberto Azevedo of the World Trade Organization said that he had talked about a reform of the WTO with the leaders of many countries, and that it would undoubtedly be a hot topic at the upcoming G20 Summit.

Nations' contrasting stances on the reform are already emerging.

On Nov. 17 and 18, the leaders of the Asia-Pacific Economic Cooperation met informally at Port Moresby, the capital of Papua New Guinea. The first closure of the meeting failed to deliver a joint communique, something that has not happened since the leaders' meeting first took place in 1989.

At a regular press briefing on Nov. 22, China's commerce ministry spokesperson Gao Feng said the meeting had been successful and that the countries had achieved important and positive results in many areas. China has always insisted on promoting the final consensus through consultation, he added, but said individual members tried to impose their own priorities on others and were opposed by others, particularly developing members. He also said China and the United States' heads of state were in talks to resolve the issues between the two countries.

China attended the APEC leaders' meeting in good faith, Geng Shuang, spokesman for China's Ministry of Foreign Affairs, said on Nov. 19. But the US made statements during the meeting that opened up differences and contradictions and undermined the harmonious atmosphere of the meeting, which was not conducive to cooperation.

There are more and more signs that the position held by developing nations, represented by China, is beginning to clash with that of the US in terms of the WTO reform.

The US State Department said on Nov. 19 that the US is fully prepared to reach a consensus on the APEC declaration and agrees to free and fair trade in the region to combat unfair trade practices. But not all economies support this position, it added, saying as the region's leading forum, APEC should continue to promote the ideal of free, fair and reciprocal trade and open up opportunities for companies.

Geng denied this was the reason a communique was not signed.

China agrees that the WTO should keep pace with the times and support necessary reforms, but changes must safeguard the core values and basic principles of the WTO, he said. As the process has not yet begun, different parties have different views on the issues at hand, and still need to exchange views in depth to narrow differences and reach a consensus.

Under these circumstances, countries not use the name of the reform to protect the present, damage the fundamental interests of other countries or impose their will on others, he added.

"I understand that the practice of power politics and economic bullying has been opposed by most APEC members," Geng said.

President Xi Jinping used his speech at the meeting to explain China's position on world economic development and how to strengthen global governance, Geng added. Xi also put forward China's opinions and suggestions on how to deepen Asia-Pacific cooperation, the Chinese side did not target or challenge anyone, he continued.

During the Paris WTO meeting on Nov. 16, diplomats and government officials discussed the reform, and one of the US's gripes was that the WTO was unable to monitor China's alleged violations. Zhang Xiang Chen, China's WTO ambassador, said at a luncheon that China had agreed to the European Union's proposal for a reform of the Appellate Body and that China had set up a high-level working group with the EU.

Zhang also said that China will quickly put forward its proposals for the WTO reform, warning other members not to use the reform as a chance to put the shackles on China's growth, or they would be "very disappointed."

The latest WTO dispute settlement mechanism meeting took place on Nov. 21, a Geneva official told Yicai Global. At the meeting, many countries pushed to establish a new judge selection committee for the Appellate Body, but the US vetoed it, he added.

Not for Private Gain

As well as talking at the APEC meeting, Chinese leaders have been discussing the WTO reform frequently via other forums.

A key focus has been two of Xi's recent keynote speeches, during which he proposed the WTO reform adhere to the core values and basic principles of the multilateral trading system, and said that special and differential treatment is an important cornerstone of the WTO.

China is undoubtedly still a developing country in terms of overall economic and social development, Tu Xinquan, president of the China WTO Research Institute at the University of International Business and Economics, told Yicai Global. But in the WTO, its strong position in world trade means China has not enjoyed much of the special treatment offered to developing countries since its accession to the WTO. China should therefore continue to support the practice, but in actual negotiations in specific areas, the principle of reciprocity is more operable.

The WTO reform is a community tool and is not for personal gain, Zhang said at the Paris meeting. If a country uses the reform to tailor a set of rules aimed at restricting China's development, the result is destined to be futile, he added.

"Dialogue and discussion are not equal to negotiations," he said. "In my opinion, concerning the controversial issues at hand, there is currently no common understanding among WTO members to initiate negotiations."

Globalization means competition, Zhang continued, that means depending on your own strengths and not changing the rules to suppress your opponent.

"If it's a real reform, we'll move forward. If it's a trap, we'll decisively avoid it," he said.

Geng said that the WTO is a multilateral institution, not an American one. Members are equal and the US does not have the final say.

Some American individuals have hinted that China would be expelled from the WTO, but that is nothing but a crazy dream, he added, saying this exposes the US's power games. The differences between WTO members can be resolved through negotiations, and it is dangerous to throw around the idea of ejecting other members, he said.