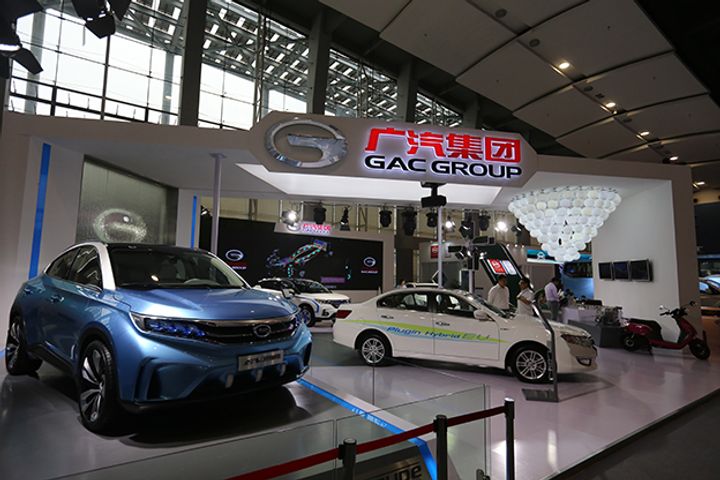 The company sold 1.65 million cars over the first 10 months of the year, up almost 26 percent on the year and well above the industry average.

The firm originally targeted for sales of between 1.8 million and 1.9 million vehicles this year, Feng said, adding that the higher figure looks well within reach given current numbers. "We've exceeded our upper targets in sales revenues, total output and tax contribution," he said.

As well as its earnings growth, GAC Motor has made headway with its marketing drive, Feng continued. The group decided to give itself a brand makeover this year and showed off some of its new products at the North American International Auto Show. It was the first Chinese carmaker to appear in the show's main exhibition hall and has chosen to take part in the fair again early next year as it looks to penetrate the North American markets.

Its branding campaign began with a drive to reposition the GAC brand, Feng said. Its newer models, the GS8, GM8 and GS7, signify a departure from its old pricing strategy.

Before the GM8's debut at the Guangzhou Auto Show, there were no Chinese multi-purpose vehicles in the CNY200,000 (USD30,166) to CNY300,000 price range. On the sports-utility vehicle market, the GS8 may well be the only Chinese car priced over CNY200,000. It received a warm welcome from consumers, a clear indication of the brand's popularity.

The century-old auto industry is on the verge of an 'organic upgrade,' which poses a serious challenge but great opportunities for car manufacturers, he said.

GAC Motor has outlined two principles in telematics technology development, adherence to internal synergistic innovation and expanding external partnerships. The firm took the lead in establishing a telematics and new-energy vehicle industry park this year, combining with partners to invest some CNY45 billion (USD6.78 billion) in the initiative.

The firm has also set up collaborations with Iflytek Co. [SHE:002230], Tencent Holdings Ltd. [HKG:0700] and Baidu Inc. [NASDAQ:BIDU] in human-machine voice interaction, security, content, Big Data, cloud computing, artificial intelligence and autonomous driving projects, and will embark on a joint project with Stanford University to advance its front-end technologies.