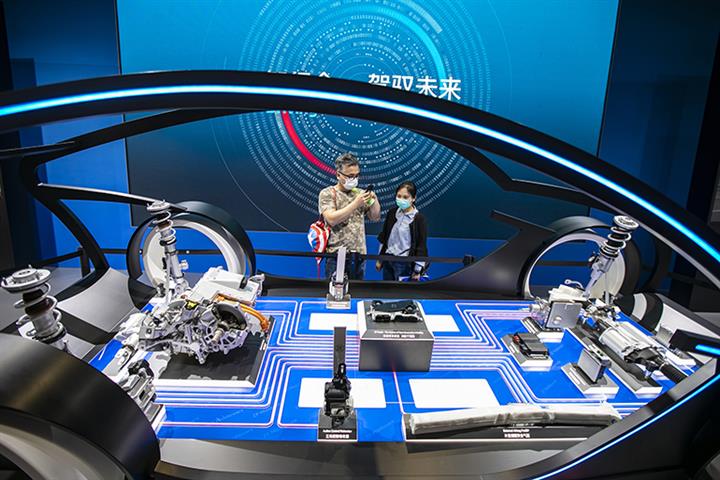 "We hope to become a provider of a full-stack car computing platform so that all carmakers can more easily produce smart electric vehicles," Chairman Shen Ziyu said to Yicai Global, comparing the Wuhan-based firm to Huawei Technologies which is also increasingly focusing on automotive software. "It is our vision."

The five-year-old company has big plans. EcarX is expected to be listed on the Nasdaq in the fourth quarter through a merger with a blank-check firm. The agreement inked in May valued the firm at USD3.8 billion.

In the future, a car is a computer, Shen said. Intelligent technologies are the core of the automotive system, he added. EcarX is looking to make both software and hardware for that vision.

Shen compared the firm to a famous rival. "EcarX plays a role similar to Huawei’s car business unit, Xingji and Meizu are equivalent to Huawei's consumer business group, and SiEngine Technology serves like HiSilicon,” Shen said. EcarX and Huawei will compete in core technologies including intelligent cockpit and autonomous driving. Moreover, they will have some overlap in smart devices, he added.

The competition in the future will be about integrating experiences via multiple terminals, Shen said, citing Li. This is why a firm linked to Li bought Meizu. Next year, Meizu is expected to launch smart watches, mobile phones, and other products. Moreover, the budget handset maker's operating system Flyme is also expected to be used in cars next year, Shen added.

EcarX has been widening its technological prowess. In 2018, the firm invested in the establishment of SiEngine Technology to design automotive chips. Last month, Geely’s investment arm Xingji Times purchased an 80 percent stake in Meizu. Shen is the chairman of both new acquisitions.